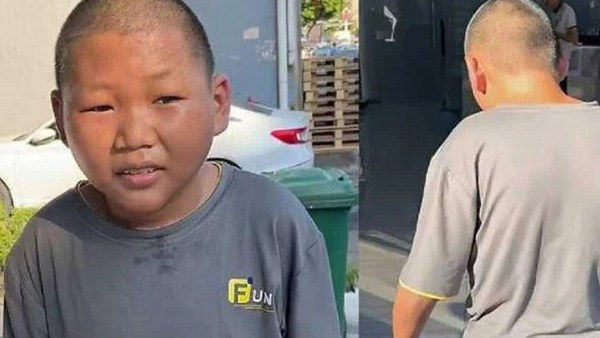 Thus, there is no one in the world without problems or problems, but some people have problems in which they have to suffer through no fault of their own. This is what happened to 27-year-old Mao Sheng from China’s Guangdong Province. Wherever he applies for a job and goes for a face-to-face interview, he is not selected.

The reason someone hires him is because he has a face and body like a child. He has matured mentally but the face of an innocent child has not changed. People hide their age by using creams, herbal and anti aging products but the problem with this is to make the age look more which cannot be done. Hence a young child is not selected for a job on purpose.

Even if he reveals his date of birth and engineering degree, employers don’t believe him. They don’t want to get caught in the trouble of child labor laws. Mao Sheng’s father is in dire need of a job because he is very ill. He waits for a job order after having an interview but is facing a problem that he feels is not his fault. All his friends have got jobs, he is the only one left unemployed.

Mao Sheng shared his problem in Chinese social media and people are showing sympathy for him. They are expressing the feeling that a 27-year-old man is not hired as a small child, this is called injustice. People are expressing their displeasure on those who say yes-no for the job after seeing the look. According to the information received, Mao Sheng’s story has gone viral and he has been offered a job by a firm.