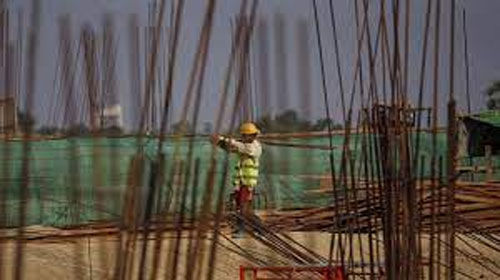 The Special Economic Zone Act is undergoing a radical change. If goods manufactured in SEZ are sold in India instead of being exported, customs duty will be levied only on the value of raw materials used in the finished goods, instead of the earlier customs duty levied on the value of the finished goods. This is a huge change. Units wanting to leave the SEZ will now stop doing so. Thus making SEZs more competitive. You can keep production units active in the Special Economic Zone whether or not you earn foreign exchange. Yes, the DESH-Development of Enterprise and Service Hubs Bill coming as an alternative to Special Economic Zones is designed to radically change the SEZ-Special Economic Zones Act. Its draft has been announced. Customs expert advocate Manish Jain says: ‘The new bill will make the scheme more attractive for Special Economic Zone units coming into law. SEZ units will get benefits of SEZ whether they export or not. Yes, the conditions for that are being relaxed.’ Now there is no need to export compulsorily as before. A chance to do business in the domestic area has been given even while staying in the SEZ.

The World Trade Organization (WTO) objected that granting benefits to SEZs was part of the WTO’s established terms and conditions. So Government of India should stop giving benefits to SEZ units. There are more than 250 SEZs in India and more than 10 SEZs are active in Gujarat. They stand to benefit greatly from the new Development of Enterprise and Services Hub-DESH. Earlier, a step was taken to quell the opposition from the global level by bringing the Roadmap scheme. Gujarat has SEZs of Information Technology, Pharma. The largest SEZ in dowry will be eligible for this benefit.

The new proposed law will allow units outside SEZs to carry out as much job work as required. Earlier the outside unit could produce as much as it produced under the contract in the previous financial year. Now this limit has been removed. Earlier, customs duty was levied on the value of the finished product manufactured using imported raw materials, now customs duty will be levied only on the value of the raw materials used in it. Thus, the additional burden of customs duty on the sale of finished goods in the domestic tariff area, i.e. in the Indian market, has been eased. As per the provision made in Section 10 AA of the Income Tax Act, it is planned to simplify the provision regarding the time frame of tax relief to the units in SEZ. Also, the government has also thought about extending the time limit for giving tax benefits.

The Ministry of Commerce and Industry of the Center has identified more than 250 Special Economic Zones active in India with a built-up area of ​​10 crore square feet and Rs. This change has also been made to utilize the vacant space worth Rs 30,000 crore. The Government of India intends to set up a single window clearance mechanism to ensure timely approvals for setting up new units in Development of Enterprise and Service Hubs. A new bill has been prepared for that purpose. One form and one return will be required to be filled in it. The online portal to be developed under this bill will be a medium for single window clearance for country-development of enterprise and service hubs. The application and returns for this will also be processed on the same.

The new bill of Desh-Development of Enterprise and Service Hub-Desh will allow units in SEZs to sell in the domestic market-domestic tariff area besides exporting. Permission to manufacture goods on sub-contract can be given under the provisions of the SEZ Act in force at present. There is also a provision regarding the value of sub-contracted production. A production unit to which production is subcontracted cannot be subcontracted to produce more than the production value of the production unit in the preceding financial year. However, the detailed rules regarding this will come later. There will be more clarity on this issue once the rules are issued.