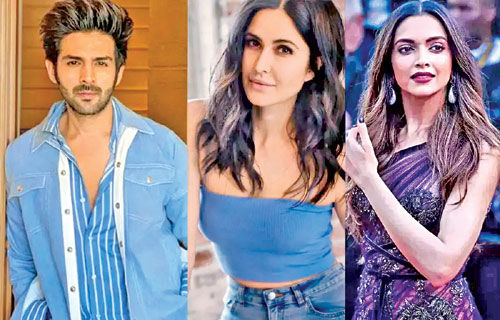 Karthik Aryan is on seventh heaven after the success of Bhoolbhoolaiyah Two. Deepika Padukone and Katrina Kaif are also said to be in the running to work with him in a new film.

Producer Sajid Nadiadwala has recently announced his next film. In which Karthik Aryan is going to be seen in the lead role under the direction of Kabir Khan.

According to a report, both the heroines are trying to get work in this film in their own way.

Karthik has already said that working with Deepika is his dream. On the other hand, Katrina considers Kabir Khan as her brother. Kabir Khan is with Katrina in all family or personal events, from weddings to vacation trips.

In the last six months, only Karthik’s film Bholabhoolaiyya 2 has become a super hit. Hence, several actresses including Kriti Sanon are said to be keen on a project with Karthik.