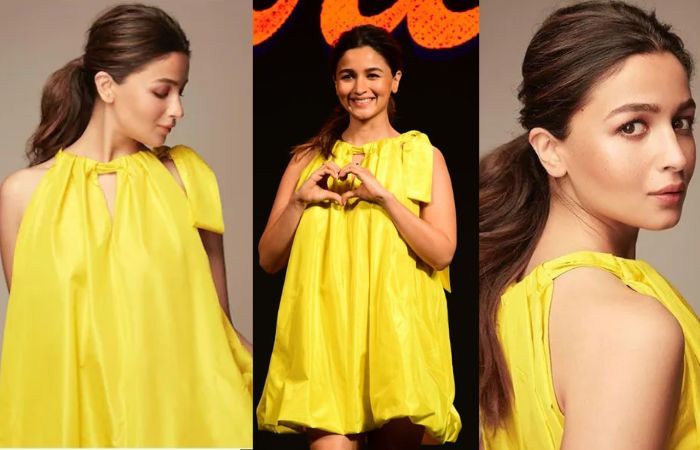 The trailer of Alia Bhatt’s Darling is all set to release today, marking the first film of Alia Bhatt as a producer. After giving good news to the fans, when Alia Bhatt arrived for the trailer launch of her film today, everyone’s eyes were fixed on Alia. Alia Bhatt is back after shooting for the Hollywood film Heart of Stone.

Alia has put on some weight. Alia looked very beautiful in a yellow dress. Alia, Vijay, Shefali Shah and Neha Dhupia were also present at the event.

If we talk about the work front, then many upcoming projects of Alia are waiting for her fans. She will be seen in the film Rocky Aur Rani Ki Prem Kahani opposite Ranveer Singh. Apart from this, the much discussed film Brahmastra with Ranbir Kapoor is also going to release soon.