Sip Indian tea to the Russians

As the custom of sipping tea is common in Gujarat, it has started to happen in Russia as well. Indian tea is found on the menu of hotels in Russia. Being a cold region, vadaka-rum etc. are popular in Russia but now Indian tea has been added to it. Recently Russia has ordered tea from India. There is a shortage of tea in India, so the price is high. It is said that Russia is ready to buy Indian tea even at high prices. The prices of tea leaves have increased by fifty percent. It is said that since Russia attacked Ukraine, the people there have increased the amount of tea they drink. Surprisingly, Russians sip from a glass saucer.

India’s achievement is that the export of agricultural products has crossed 50 billion dollars. But the demand for basmati rice, which was the main export product of the agricultural sector, has declined. Not only this year, but for the last three consecutive years, the demand for Basmati has fallen. Many countries became crazy about Basmati Sodam and its long grain and smooth surface. In 2019-20, India exported basmati rice worth 3.53 billion dollars. India is still the number one exporter of basmati rice in the world. The government has employed agricultural experts and told them that Basmati is the identity of India, so make the demand for it arise.

Cow urine at Rs 4 a litre

Last week, it was written in this column that cow dung is in demand in Kuwait and the government there has also placed an order for cow dung to the Indian government. Now read the value of cow urine. Most cowsheds sell processed cow urine. Chhattisgarh government has started buying cow urine along with cow milk. In short, the milk, dung and urine are the three things that the cow excretes. Due to which cow shed operators will benefit financially and more people will be encouraged to set up cow sheds. In the Hareli festival to be held on July 28, it will be announced that cow urine will be taken at four rupees per liter. Due to this, the rural economy will be boosted. 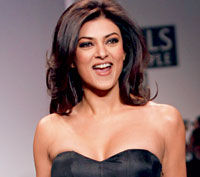 Amid the talk of former IPL commissioner Lalit Modi and Sushmita Sen’s romance, there are reports that Sushmita is going to move to London. Lalit-Sushmita will get married in December then Suse will move to London with both daughters. It will see that Modi has a big business empire in London and will also maintain Modi’s business interests spread across India.

Modi Enterprises of Nabira Lalit of Modi family is worth around 12 thousand crore rupees. Modicare, Indophil, Rockford Whisky, Marlboro Cigarettes, Pan Vilas Pan Masala, Beacon Travel besides EGO restaurant chain are owned by Lalit Modi. Lalit has also made a big bed in London so Sushmita will help along with her children.

It is natural to be surprised to read a 1001 crore bungalow. In fact, this bungalow belongs to De Mart fame Radhakishan Damania. Located in Malabarhill, Mumbai, this bungalow is spread over 5752 square meters. Damini bought this bungalow last year. Its previous owner was Saurabh Mehta. Damini herself is the 72nd billionaire husband in the world with a net worth of $19.7 billion. Ravi and Neil Raheja of a real estate development company are the second most expensive property buyers. They bought three duplex apartments of 66.811 square feet for Rs 427 crore, Akash Education founder J.C. Chaudhary bought a house worth 150 crores in Delhi, while Infosys co-founder Krish Gopalkrishna bought a house worth 76 crores in Bengaluru last year. 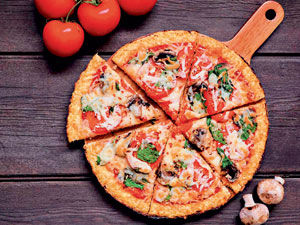 Not only Pizza Hut but also KFCs are more in India than Canada and Mexico. India’s growing population is becoming a boon for food courts. Most Pizza Huts are in America and India. Pizza Hut and KFC have prepared the menu in such a way that the pockets of the people of India can afford it. India has more quick service restaurants than bars and clubs. Pizza Hut and KFC have expanded their reach into China. The purchasing power of the people of India has increased along with the number of people ordering food online. The trend of online food which increased during the corona period is still going on. Biriya buckets are sold more in the South, while Vada Panu is sold more in Gujarat-Maharashtra.

The wealth of Savitri Jindal, chairman of the Jindal Group, which is involved in steel, power, cement and infrastructure sectors, has tripled in the last two years to reach $17.7 billion in 2022.

For the past few years, she has been on the list of India’s richest women. Savitri Jindal took over the business at the age of 55. After the death of her husband Om Prakash Jindal in a helicopter accident in 2005, Savitri Jindal became active in business. He started taking care of business when people were living a life of retirement. He also dabbled in politics. Her husband founded the Jindal Group and was a minister in the Haryana government.