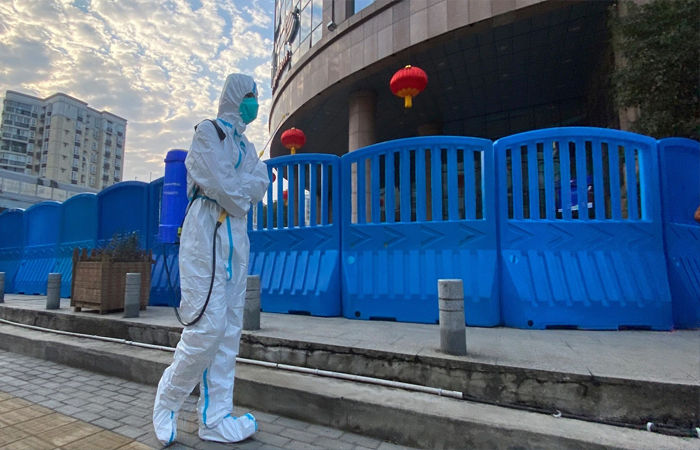 – There were two different viruses circulating in animals that infected people

Corona epidemic originated from China and spread all over the world. This has also been revealed in two new studies. According to the report, the corona virus originated in the Huanan seafood market in Wuhan, China. The report shows that the corona virus originated from animals sold in the market. Both studies were posted online in February and have now been peer reviewed. It has since been published in Science General on Tuesday.

Although both these studies have adopted a different approach, they have reached the same conclusion. According to these studies, it is most likely that the corona virus originated from an animal market in Wuhan.

What does the first study say?

The first study involved Chinese scientists and biologist Michael Werbe and his assistants at the University of Arizona using mapping tools and social media apps to determine local and environmental analysis. He claimed that the live animals sold in the market at the end of 2019 may have contained the corona virus.

This was a sign that the virus had started to infect people working in the market, Werbe said. It then began to infect the local community as well. Scientists claimed that the first case of COVID-19 was reported among market vendors. They believe that there were two different viruses circulating in the animals that were infecting people.

The study said, ‘All the 8 cases of COVID-19 detected before December 20 were from the western part of the market, where the mammal species were sold.’

Another study provides a nuanced analysis to determine when the first coronavirus was transmitted from animals to humans. The corona virus spread from the first sample genome in December 2019 to the middle of February 2020. According to this research, the initial version of the corona virus may have had two lineages. Scientists call them A and B. He states that these lineages were the result of at least two cross-species transmission events in humans.

The study claims that the first animal-to-human transition probably came from lineage B and occurred around 18 November 2019. They found type B ancestry in people with direct contact with the animal market.