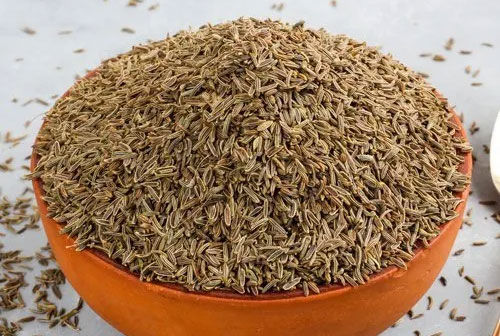 At the global level, the recession in the commodity market is gradually becoming serious. After the Russia-Ukraine war, the economic condition of many real countries has been deteriorating. From Bangladesh to China, the issues of banks are also increasing in large countries like China. There are fears that there is something dark in the beans as depositors in China are currently trying to avoid having to return bank money in yen-style fashion. Due to Corona, many cities are in a state of lockdown, in this situation, doing business with China can be dangerous. After five months, the relaxation of wheat export from Ukraine is starting. With the mediation agreement between Turkey and the United Nations, the movement of malo has been started, especially in the countries of Africa and the Middle East, which are suffering from hunger. The euro and gold saw some recovery last week as interest rates in the US as well as Europe increased. In gold, the market increased to the level of Rs 50,700 and silver to the level of 55,200. Prices are bearish towards the 7600 level after breaking down from 7800 due to prospects of reduced demand in crude oil. As most of the base of the metal commodity is on China, there does not seem to be any scope for bullishness at present.

Meanwhile, there has been a significant increase in cultivation of over 55.40 lakh hectares due to rains suitable for sowing in most areas of the state. However, there has been a big jump in cotton cultivation this year. In contrast, the cultivation of groundnut and pulses is likely to be slightly less. The government’s efforts to increase the production of Telibia seem to be getting success this time. The rise in the cost of edible oils has become a headache for the government, but at present globally there is a production surplus in the producing countries of edible oils like Indonesia, Malaysia, and the above countries are pushing hard to increase exports. Indonesia has removed export duty on all palm oil products till August 31. Russia has also taken measures to increase the export of sunflower oil and palm oil due to which the palm oil market has collapsed by 50 percent. Apart from this, due to the increase in the cultivation of oilseeds like groundnut, soybean, cotton in the country, the situation has arisen that inflation in various edible oils will remain under control in the future.

At present, the income of farmers in the agricultural markets of the state is negligible due to monsoon, but there is a boom in some spice crops, cumin, coriander, due to increased consumption due to festivals. With an increase of Rs 400 to Rs 500 per maund in cumin present, the prices reached the level of Rs 4100 to Rs 4200 and in cumin futures also the markets have created history by going to a high level of Rs 240 per kg. The prices of cumin futures are increasing by 30 rupees in a month and beyond 240. Nowadays, the selling pressure is increasing, in the standing market, cumin is being traded at 22 to 25 thousand sacks.

Earlier in the year 2017, the matter became significant with the discussion of cumin futures being speculative, rising up to 205. Then again, after a break of three months of April-May-June, in the month of July, cumin market is witnessing a booming red chol.

India has emerged as a major supplier of cumin globally. India’s monopoly has strengthened due to limited stock in Turkey, Syria, Iran, Afghanistan, other cumin producing countries. After the summer vacation in Europe and America, there is a shortage of golf and retail trade is going on in Eastern countries. However, the international market of cumin has also increased from 155 to 200 dollars due to the sudden release of demand from China.

In which organic cumin has the highest demand. A new history has been created with huge support for them in the local market with the purchase of 2500 to 3000 tons from China. About 24 thousand tons of Indian cumin was exported in the month of June, in which China’s intake has been more, along with Pakistan and Bangladesh’s intake has also remained steady. Due to the adulteration of cumin and excessive use of chemical fertilizers, India’s image has deteriorated at the international level.