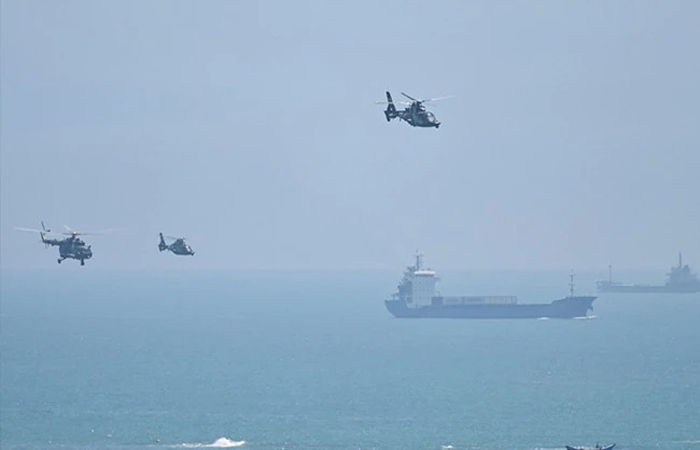 Annoyed by Nancy Pelosi’s visit to Taiwan, China announced military exercises. China, which became aggressive after Nancy Pelosi left Taiwan, has now launched attacks in other parts to teach Taiwan a lesson. In the name of military training, the Chinese army has suddenly attacked the eastern parts of Taiwan. About 10 Chinese troop ships temporarily crossed the Taiwan Strait median line and remained in the area from Wednesday night to Thursday afternoon. The Chinese military has fired missiles at fixed locations in the Taiwan Strait.

The war between Taiwan and China has been going on for a very long time. In 1949, the Communist Party won the civil war. Since then both the regions consider themselves as one country but the dispute is over which government will lead the national government. China considers Taiwan as its own province. While Taiwan considers itself an independent country. The rift between the two started after the Second World War. At that time, a war was going on between the Chinese Communist Party and the Kuomintang in mainland China.

Ignoring all threats from China, US Speaker Nancy Pelosi finally reached Taiwan. However, frustrated by his visit, China has now started efforts to maintain its grip on Taiwan. China has earlier banned the import of citrus fruits, white edged hairtail fish and frozen horse mackerel fish from Taiwan. Earlier, China itself said that it will ban the export of natural sand to Taiwan from the month of August.