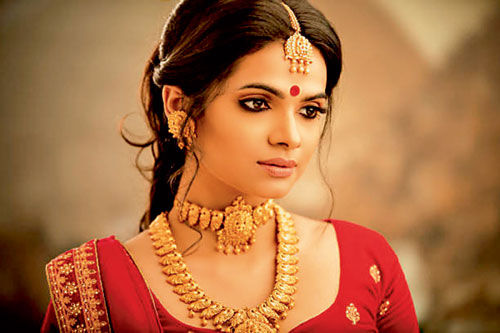 Gold prices in the world market fell by 30-30 dollars per ounce during the week and gold touched 1705 dollars per ounce. When there is an indication that the interest rate will increase again by 75 points in the next meeting of the Fed, the return of treasury bills is about 3 percent, the investors have started investing in treasury bonds instead of gold.

There is news that the slump in gold may take a break as the Shanghai Gold Exchange withdraws 37 tonnes less gold than in June with a total of 140 tonnes of gold withdrawn as China’s demand for gold marriages has increased and the Chinese currency has weakened. is In it, the report of the World Gold Council states that China’s domestic economic situation is improving. Besides, Chinese investors have added 0.3 tonnes of gold to the gold exchange traded fed. That is, gold worth 37 lakh dollars has been added to the ETF in the month of June.

In Europe, gold prices fell by 0.54 percent, indicating that the demand for gold has decreased. The Fed’s report said that continued inflation may not be contained by interest rate hikes and that inflation could become a risk in a recessionary vortex, supporting inflation, but the Fed’s attempt to reduce the pace of inflation by raising once again by 75 basis points in July resulted in further declines in gold prices. Breaking the 1700 dozer per ounce level will show prices at $1680 per ounce.

While the American employment data is good, there may be some improvement in the financial situation there, the increase in the employment of Australia by 88 thousand shows a positive situation in solving the problem of unemployment in the world.

When there is no sign of the end of the war between Ukraine and Russia, US President Joe Biden has threatened to use nuclear weapons against the country that will be supplying nuclear weapons to Iran, the situation is likely to break the depression of gold and improve the price again. In it, the government of India may bring a law to take a holiday on the import of gold and other metals in order to avoid a large decrease in its dollar reserves, thereby reducing the shortage of gold in India and improving the prices of gold.

In New York’s Comex market, long-term contracts of speculators, commercial institutions and small investors for the month of July fell by 7,287 contracts to a total of 113,051 contracts, while short-term contracts fell by 8,254 contracts to a total of 120,642 contracts. There are no signs of a bullish-bearish forecast and signs that silver will remain volatile. Also, the short-term contract is falling as silver traders, institutions, and investors reduce their positions, signaling volatility in silver prices. Overall, silver is looking for a bottom that continues to decline and it would not be surprising if that bottom shows 1700 cents per ounce. The ratio of gold to silver has increased to 1:92.

Domestic gold prices have seen a marginal drop of Rs.300 per ten grams. Although the global gold market is soft, the rupee is at 80.12 paise against the dollar, and the gold prices are not falling due to high import demand. Despite the rise in the price of gold, as the rupee continues to depreciate against the dollar, investors are feeling restless and are trying to keep their money safe by buying gold at every price and investing in gold. Focusing.

For the government to import gold, the importers have to take a leave from the government official to import gold and you all know how much it costs to get a leave from the government office. In this way, the government records the buying and selling of gold, where and how it is done and who the real buyer is, by giving the details of all the names and whereabouts to its officials, and the party knows how to use it in the future. Thus the importers want to know the modus operandi of how they work by keeping an eye on them. But credibility in business and trust in money transactions will take a long time to understand government officials or in other words cannot assimilate. At these prices, gold is much more expensive than silver in the market and transactions are seasonal.

The seriousness of the government’s new laws and regulations for the import of silver has echoed in the silver market. Sales to silver shopkeepers and utensils and gift articles were very low.