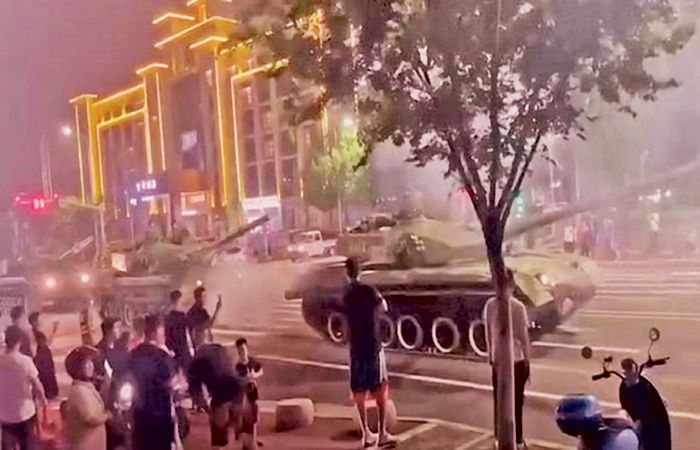 New Delhi: The condition of banks in China is deteriorating. Banks have frozen customers’ accounts in a country facing a banking crisis. As a result, people came to the streets. At present the situation is so bad that the government has to deploy tanks outside the banks.

According to media reports, violent demonstrations are taking place in many places against the ban of customers from withdrawing money by banks.

According to recent reports, clashes between bank police and bank customers have been going on for the past several weeks in China’s Henan province. The clash has been going on since April. In April, banks banned their customers from withdrawing money from their accounts.

Videos of tanks deployed outside Chinese banks and the situation created there are going viral on social media. In this video, tanks deployed by the People’s Liberation Army (PLA) can be seen to intimidate the protesters.

The report said that amid growing protests outside the Bank of China’s Henan branch, tanks were deployed on the streets to protect the banks and prevent local people from accessing the banks.

According to the report, in April, 2022, 6 billion dollars (47,000 crore rupees) disappeared from Chinese banks.