China bans Nancy Pelosi and her family, cancels talks with US on key issues including defense, climate change 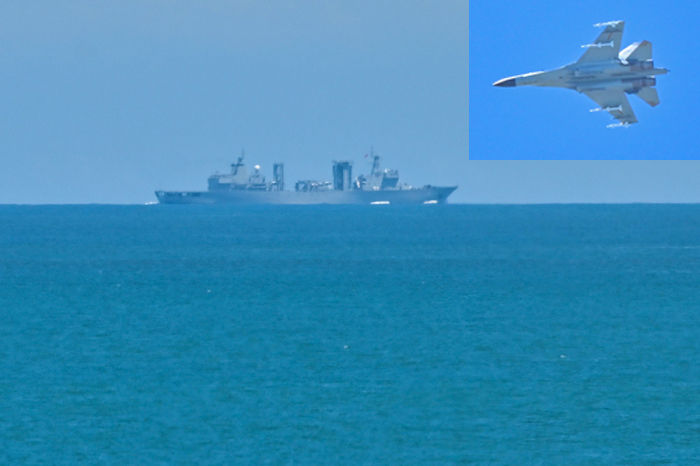 Angered by US House Speaker Nancy Pelosi’s visit to Taiwan, China has banned Nancy Pelosi and her family, strengthening its claim on Taiwan. Moreover, China has also canceled some important talks with the US on defense, climate change and other issues. On the other hand, for the second day in a row, China violated Taiwan’s air border while carrying out military exercises. Taiwan’s Defense Ministry said 68 Chinese aircraft and 13 warships crossed the central line on Friday. On the other hand, America has deployed its largest warship, Ronald Reagan, equipped with 99 fighter jets, near Taiwan to control China.

China’s military has encircled Taiwan on six sides and continued military exercises on its occupied islands. China banned Nancy Pelosi on Friday over Taiwan travel. China’s Foreign Ministry said Friday that 82-year-old Nancy Pelosi has ignored China’s concerns. Pelosi’s visit to Taiwan is a violation of China’s sovereignty and territorial integrity and the US has violated the One China Principle. Pelosi’s move poses a serious threat to peace and stability in the Taiwan Strait. Because of Pelosi’s provocative actions, China has banned the entry of Nancy Pelosi and her family members into China in accordance with its laws.

Along with banning Pelosi, China has talked about cutting ties with the US on several issues. China has announced the end of ties with the US over climate change, military ties, as well as anti-drug campaigns. According to China, the China-US theater commander talks and the China-US defense policy-coordination talks have been cancelled. Apart from this, China has severed relations with America on many issues. A major event in recent times has been the suspension of defense talks due to mutual animosity between the two superpowers.

Also, China once again warned America. Chinese Foreign Minister Wang Yi said in Cambodia’s capital that America should not be in a hurry to create a big crisis. Meanwhile, more than 100 fighter jets and 10 warships have participated in Chinese military exercises around Taiwan in the last two days. According to a report by the Chinese news agency Xinhua, the ‘joint protest campaign’, which is underway in six areas around Taiwan, has used fighter jets, bombers, and destroyers.

Meanwhile, US Secretary of State Antony Blinken said on Friday that China’s military drills targeting Taiwan and launching missiles into Japan’s exclusive economic zone are symbols of provocation. He urged China to withdraw such measures. He added that Nancy Pelosi’s visit was peaceful and did not change US policy on Taiwan. Even amid tensions with China, Nancy Pelosi said Friday that China cannot isolate Taiwan by preventing American officials from traveling. China cannot stop us from traveling to Taiwan.

Taiwan’s Ministry of Defense said that 68 Chinese planes violated its air border on Friday. Taiwan will take strict action considering its national security. In addition, America has deployed its largest nuclear aircraft carrier USS Ronald Reagan to Taiwan to threaten China. The ship is the flagship of the US Seventh Fleet and is equipped with 99 fighter jets and helicopters. Also three types of lethal weapons are deployed on it.