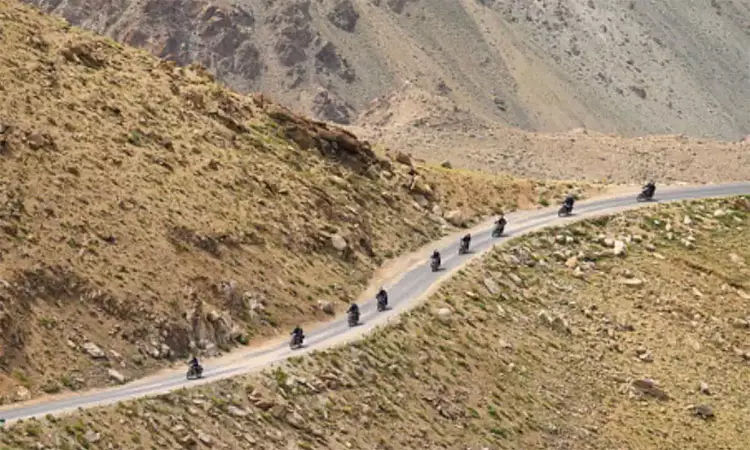 A Hong Kong newspaper blasted that China is building a highway near the Indian border. According to a report by the South China Morning Post, China has approved a road connecting Tibet’s Lunze province to China’s Xinjiang along the Indian border. This highway is also included in the new 345 constructions.
Under the New National Program, China will build 4.61 lakh kilometers of roads by 2035. The scheme also includes the plot to build a highway along the Indian border. According to Hong Kong’s South China Morning Post, the Chinese government has given permission for 345 new constructions. By 2035, the Chinese government wants to build 4.61 lakh kilometers of roads. China is also planning to build a highway along the LAC border.
China will build a highway from Lunze province in Tibet to Kashgar in Xinjiang province. This route connecting South Tibet with China is of great strategic importance. China can reach very close to India’s Arunachal in this way. That highway is now named as G695. This national highway will originate in Kona County, which will fall north of the LAC. It is also claimed that this road passes near the border of Tibet, Nepal and India.
Some areas of Lunze County were historically in Arunachal Pradesh. Later, China considers it a part of Tibet and also shows some areas of Arunachal Pradesh in its maps by China. There is a dispute between the two countries on that issue.
Regarding China’s construction along the border, Indian External Affairs Ministry spokesperson Arindam Bagchi said that India is monitoring all the activities. Efforts are being made to resolve the issue through negotiations. He said that efforts are being made to resolve the dispute along the Chinese border both through military officials and political dialogue.