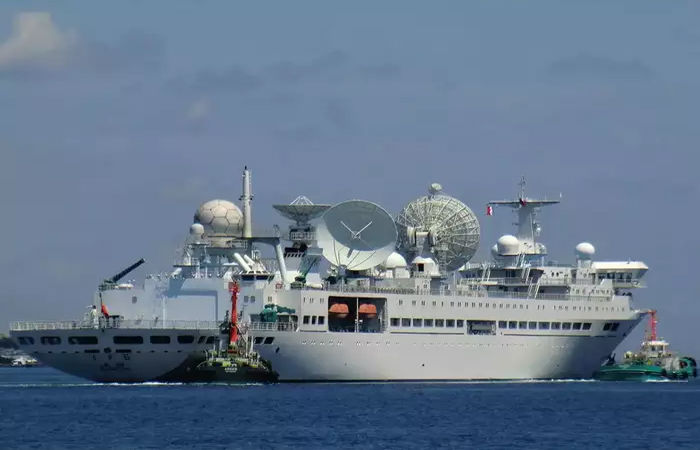 China is sending its most dangerous and powerful spy ship Yuan Wang-5 to Sri Lanka to spy on India.

The ship will anchor at Sri Lanka’s Hambantota port, which is indebted to China. This is the same port that Sri Lanka had to lease for 99 years because it could not pay its loan to China.

According to the sources, this ship can control the satellite. Next month, it will start research under the sea. However, Sri Lanka cannot refuse China. Because this port is currently owned by China and China is also asking for the surrounding land from Sri Lanka. .

The ship’s entry into the Indian Ocean will raise tensions between India and the US.

Earlier, a similar ship of China had reached the Andaman and Nicobar island groups. However, the Indian Navy had tracked it and forced it to go outside the Indian maritime boundary. Approval is required before sending.