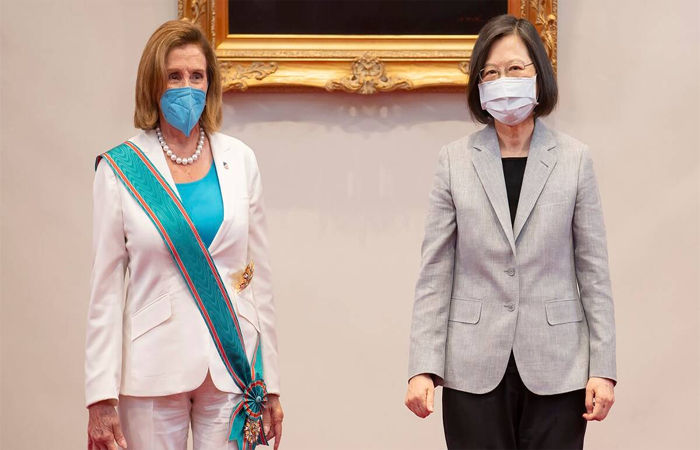 – China considers Taiwan as its province and believes that Taiwan will one day become part of them, while Taiwan considers itself an independent country.

Ignoring all threats from China, US Speaker Nancy Pelosi has finally arrived in Taiwan. However, tired of his visit, China has now started efforts to maintain its grip on Taiwan. China has banned imports of citrus fruits, white-edged hairtail fish and frozen horse mackerel from Taiwan. Earlier, China itself said that it will ban the export of natural sand to Taiwan from the month of August.

China announced military exercises on 6 sides of Taiwan on Thursday after Pelosi arrived in Taiwan. J-20 stealth fighter jets have also been included in that drill.

The war between Taiwan and China has been going on for a very long time. In 1949, the Communist Party won the civil war. Since then both the regions consider themselves as one country but the dispute is over which government will lead the nation. China considers Taiwan as its own province. While Taiwan considers itself an independent country. The rift between the two started after the Second World War. At that time, a war was going on between the Chinese Communist Party and the Kuomintang in mainland China.

Elected government in Taiwan, own constitution

In 1940, the Communists under the leadership of Mao Tse Tung defeated the Kuomintang Party. After the defeat, the Kuomintang arrived in Taiwan. In the same year, the name of China was ‘People’s Republic of China’ and the name of Taiwan was ‘Republic of China’. China considers Taiwan as its province and believes that one day Taiwan will become part of them. While Taiwan considers itself an independent country. It has its own constitution and an elected government.

Also read: Pelosi arrived in Taiwan amid the protection of eight fighter jets—dozens of warships