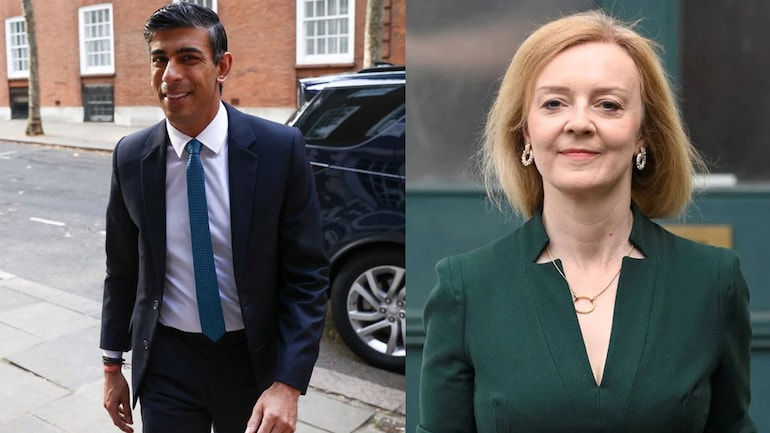 Rishi Sunak and Liz Truss, the last two candidates of the Conservative Party, are competing for the post of Prime Minister of Britain. The popularity of Rishi Sunak, who was leading the polls of MPs till now, has gone down. The possibility of rival candidate Lease Truss becoming the Prime Minister has increased to 90 percent. Former candidates have also started supporting Lease Truss, a blow to Rishi Sunak.
According to British newspaper reports, the possibility of Rishi Sunak becoming the Prime Minister of the country is starting to decrease. A rival candidate, Lease Truss, has grown in popularity. According to the findings presented on the basis of the survey, Lease Truss has a 90 percent chance of becoming the Prime Minister of Britain, while Rishi Sunak has only a 10 percent chance. Rishi was finance minister in Boris Johnson’s government. Lees Truss was the Foreign Secretary. In the competition between these two, now the former candidates of the Conservative Party have started supporting Lease. Leaders who have been prime ministerial contenders in the early stages of the Conservative Party are supporting the lease and making statements in favor of it. Tom Tuggedhut described Lease’s vision as superior. Earlier, Ben Wallace also supported Lease Trace.
A televised debate was held between the two candidates. After that, it was reported that the popularity of Lease Trace increased. Surveys claim that the live debate between Rishi and Lees increased support for Lees. Lease Truss gets more and more support on the issue of tax reduction. On the other hand, Rishi Sunak said that reducing personal tax will not make people’s lives easier. New plans have to be implemented for that. He refused to reduce personal tax until inflation was under control. Lees Truss had said that if he becomes PM, he will abolish the tax. So far Rishi Sunak has won more votes than Lease in Conservative Party MPs’ polls in every phase, but Rishi Sunak’s popularity has waned since the tax debate.