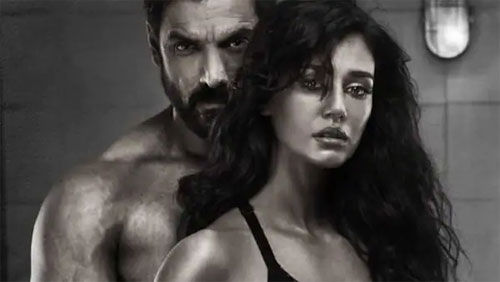 – The film was given a UA certificate after rave reviews, scenes from the trailer were also cut.

Disha Patani’s new film Ek Villain Returns has been subjected to ruthless scissors by the Censor Board and a number of hot scenes have been scrapped. Disha Patani’s intimate scene has also been censored.

After the film was sent to the Censor Board, most of the scenes, based on the scenes and dialogues that the makers had hoped to attract the single screen and small town audience, have been shelved.

A very intimate scene of Disha Patani was filmed at one place in the film. The Censor Board has mandated its removal as well. Some of the film’s dialogues have also been cut. On the other hand some scenes are said to be improved.

Siddharth Malhotra and Shraddha Kapoor’s Villain movie was a success. However, the cast has changed in its sequel. The new film stars Disha Patani and Tara Sutaria while opposite Arjun Kapoor as the hero.

When the original film is a hit, people’s expectations from the sequel increase. Speculations are rife as to whether A Villain Returns is a poor copy of its original film or a better one. However, the film may lose out in terms of family audiences as the Center Board scrapped some of the highlights of the film and gave it a UA certificate.