Success after being rejected 39 times for a job at Google

People try two to five times to get a job in a good company and then they lose the name of the company and feel that the grapes are sour but a brother tried 40 times to get a job in a reputed company like Google. His application was rejected 39 times but for the 40th time he was given a job by Google. Taylor Cohen is an example of people who get frustrated after an interview or two. Living in San Francisco and working in a company called Doordesh, Taylor Cohen wanted to get a job at Google. Undeterred, he continued to apply and give interviews. Now he has joined Google as a technical professional. His story of perseverance is receiving praise on social networks. 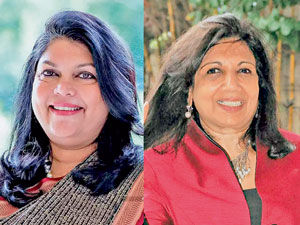 Beauty came into the fray after removing bio tech

Naikana Falguni Nair has come to the top among the wealthy women who came forward independently. His net worth is 57,520 crores. However, the famous actress Roshni Nadar Malhotra is also in the list of rich women. The names of 25 new women have been added to the list of women who have become billionaire husbands by themselves. It is said that beauty has entered the field by removing bio tech. Bio tech means Kiran Majmudar and beauty means Falguni Nair. However, in the list of richest women of the country, Roshni Nadar also has a wealth of 84,330 crores. Women who have come forward independently are coming forward in the business sector due to their knowledge, intellect and enthusiasm. Nine out of 20 self-employed women are under the age of 40. It is worth mentioning here that 33-year-old Kanika Tekriwal of JetsetGo is the youngest self-made billionaire.

The property market is on fire in three Indian cities. In short, the most expensive properties are found in Delhi, Mumbai and Bengaluru. Commercial property rents are highest among these three cities. However, the most expensive fares in Asia Pacific are found in Hong Kong. The annual rent there is $175 per square foot. Delhi comes at number 10 in the rent of NCR. There the price per square foot is 51.6 dollars. Mumbai, the financial capital of India, ranks 11th. The annual rental rate there is $45.8 per square foot. Bengaluru comes in 22nd place with a fare of $20.5. Says that the IT sector is booming and Bengaluru will be at the top in the coming years.

A train running under water in India 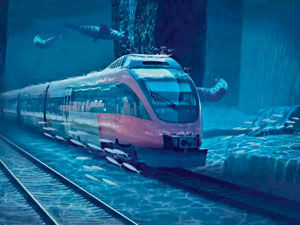 The concept of a train running under water is becoming a reality in India. Kolkata Metro Rail Corporation is planning to run a train under the Hooghly River in Kolkata in 2023. It will be run 13 meters below the Hooghly River. Two tunnels of 500 meters have been prepared for it. According to a report, a 1.4 meter wide cement ring has been used to prevent water from entering the tunnel. The cost of the project is Rs 8,600 crore. It will cover less distance but will become a new horizon for India.

With the unique world of billionaires… with..

The world of moneylenders is unique. Some interesting things of this world are given here.

– In the list of 100 financiers, 40 percent are from America. That means four out of 10 are American.

Seven of the world’s 100 billionaires are from India.

– The world’s youngest billionaires have made their fortunes from crypto-currencies.

– China has given 13 percent billionaires.

– In the list of top ten billionaires, seven are from America, two are from India and one is from France.

– There are 11 women in the list of 100 billionaires. In which the first woman is from France. The second number is Julia Koch, daughter of the founder of Walmart.

– The oldest Bihar husband is 94 years old. He is Li Shau Ki from China.

Pop singer Shakira has to go to jail… 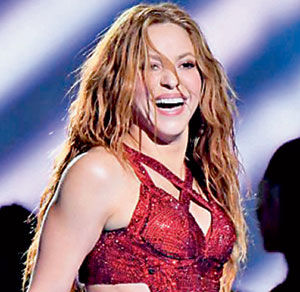 Pop singer Shakira of Waka Waka fame, known as the Queen of Latin Colombia, is sitting on top of a panoti. Shakira, whose song India’s young generation is crazy about, has come to jail. Celebrity Shakira has been accused of defrauding the Spanish government of 117 crores of tax. When the Spanish government issued a notice against Shakira, who had shifted to Spain in 2011, instead of settling the matter, she decided to take the matter to court. She believed that she had not evaded any tax but was caught in the court. Now the matter has gone up in print. Shakira is about to be eulogized. If he does not succeed in Samaghan, he will have to sing a song in jail. 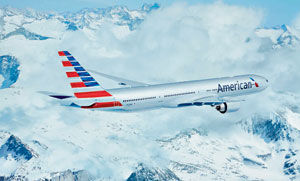 Yogi’s Dream… One District One Product

Uttar Pradesh Chief Minister Yogi Adityanath’s new dream project is called One District One Product (ODOP). This idea for marketing local products is novel. Now the scheme has been moved to one tehsil (district) one product. Yogi Adityanath has launched a new scheme to promote small shopkeepers MSMEs. Lists what is sold in all 75 districts of Uttar Pradesh. A new scheme has been prepared for the sale of traditional products produced in the district. The administrative system of the district is making a list for the same and will also think about what to do to increase the capacity of the producers and also arrange for the sale of their products.

This is not a dialogue from a Bollywood movie or even a dialogue spoken by any Bollywood hero but this is the tension nahin dene ka-gyan nahin dene ka wata told by Natarajan Chandrasekhar, Chairman of Tata Group. Last Monday, in a question and answer session at a leadership award function in Mumbai, the Chairman of the reputed company Was in a relaxed mood. He was given the Business Leader of the Year Award. In response to a question, he said that not to give much advice to people, everyone is doing their own work. With an explanation, he said that tension will not be denied – knowledge will not be denied.