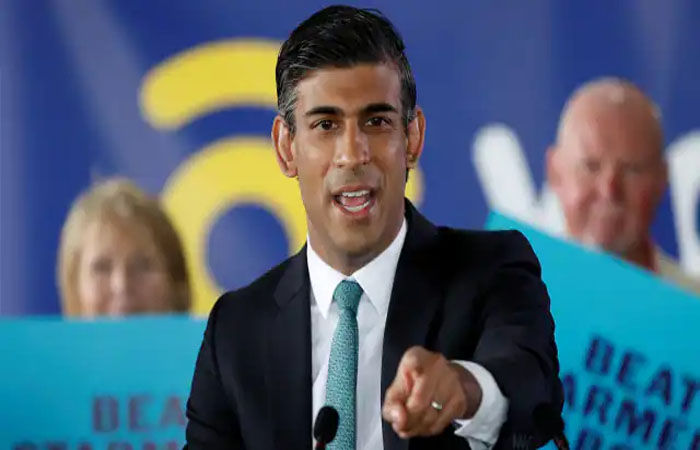 – Sunk claims China is stealing our technology and infiltrating our universities

Rishi Sunak, who is in the race for the post of British Prime Minister, has promised to be tough on Chan. On Sunday, he called the Asian superpower the number one threat to domestic and global security. Liz Truss of the ruling Conservative Party accused him of being weak on China and Russia. In response to which this statement of Sunak has come.

China is stealing our technology and infiltrating our universities, Sunak claimed. At the same time, China is promoting Putin abroad by buying Russian oil. Apart from this, it is also trying to threaten its neighbors including Taiwan. He accused China’s global Belt and Road initiative of oppressing developing countries through abusive loans.

Will find a way to counter Chinese espionage: Sunak

We will expel the Chinese Communist Party from our universities and find foreign funding of more than £50,000 ($60,000) to higher education institutions, said Sunak, who is among the prime minister’s rivals. Britain’s domestic intelligence agency MI5 will be used to help counter Chinese espionage. Will seek NATO-style international cooperation to counter China’s threats in cyberspace.

The current system is not working

Earlier on Saturday, Rishi Sunak had promised that if he is elected as the Prime Minister, he will start working from the first day to deal with the crisis in Britain. Britain’s 42-year-old former chancellor has said that the attitude of letting things happen will not work to tackle the serious economic challenges facing the country. He said that, being in the government, I believe that the system that is running is not working as it should be. The challenges I am talking about are not imaginary.