The sixth flight will reach space in 2021 after Blue Origin’s first spacecraft goes into space. 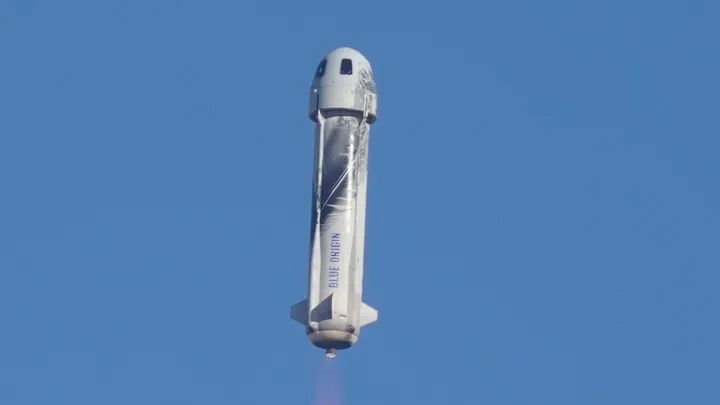 Jeff Bezos’ company Blue Origin’s third space tourist flight in 2022 will take off on August 4. In this flight, six tourists will go into space and experience the condition of zero gravity. This will be Blue Origin’s sixth space flight.
The space flight of Blue Origin, the company of Jeff Bezos, who is one of the top richest people in the world, will take six space tourists into space on August 4. The flight will take off from the West Texas site early in the morning. Six astronauts, including a woman, will be launched in it. For a few minutes, space tourists experience weightlessness as they live in zero gravity.
This is Blue Origin’s third space tourist flight in the year 2022. When Blue Origin’s first flight reached space in 2021, company founder Jeff Bezos also reached space as a space tourist. This is the sixth flight of the company after that. Citizens of Egypt and Portugal will go to space for the first time in this space flight. Apart from that, British American woman adventurer Vanessa O’Brien will also set a new record by going into space through flight. Previously, Vanessa had adventures on sea and land.