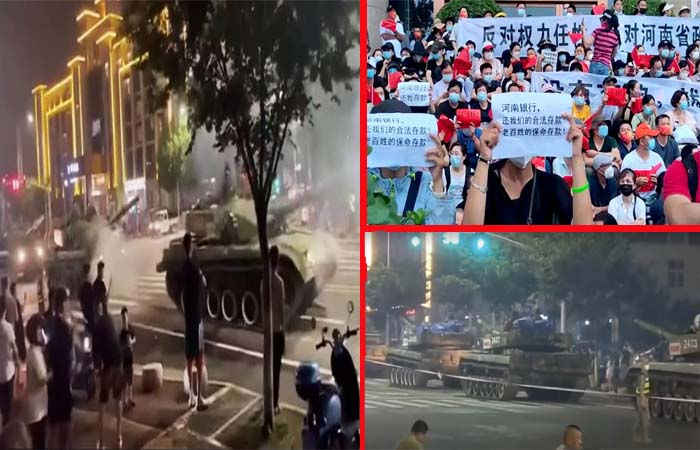 – Several smaller banks in China’s Henan province with combined assets of $6 billion (40 billion yuan) and about 400,000 customers defaulted in April.

China’s economy has reached a point where it can collapse at any moment. The state of China’s banking system is so pathetic that the government has had to put tanks on the roads to protect the Bank of China branch in Henan province. The bank has refused to return people’s money. Because of this, there has been a clash between the police and the people for the last several weeks.

Several small banks in China’s Henan province with combined assets of $6 billion (40 billion yuan) and about 400,000 customers defaulted in April. Its main reasons are mismanagement, corruption, weak regulation and bad risk management. There are about 4,000 small and medium banks located in China and their situation is likely to be similar to that of banks in Henan province.

Since 2009, China has been implementing a loan-based growth strategy. Due to this today China’s banking sector has come to a debt-GDP ratio of 264%. In the last 2 years, China’s growth has slowed down significantly due to Covid.