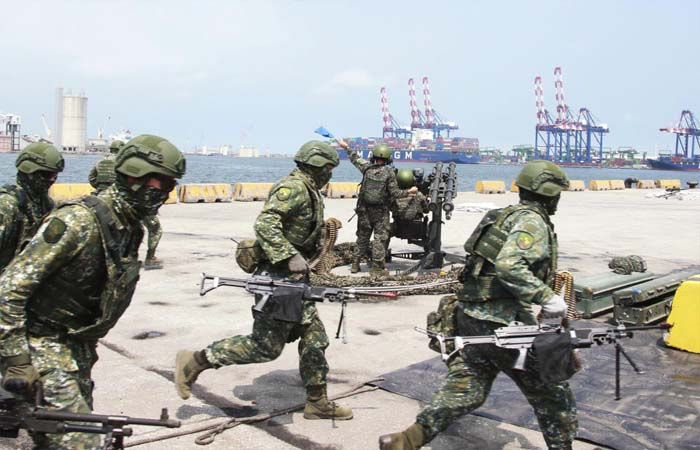 The tension between the US and Taiwan is now reaching its peak.

China has threatened about the visit of American Parliament Speaker Nancy Pelosi to Taiwan that China will not remain silent if Pelosi visits Taiwan.

On the other hand, officials of American security agencies have warned that there is a possibility that China will attack Pelosi’s plane.

On the other hand, Taiwan has been teased by China’s threat. By starting the country’s biggest military exercise, it has given a message to China to refrain from any kind of arrogance and has also introduced the extent of its military strength.

Taiwan’s navy and air force are conducting a joint exercise. As part of which, civilians were also ordered yesterday to evacuate offices and houses and go into bunkers immediately in case of an attack. Taiwan’s exercise is scheduled to last until July 29.

Taiwan fears that China can attack at any time and because of this, Taiwan has increased the training of its reserve soldiers. Taiwan’s parliament has approved spending an additional 8.6 billion dollars for the defense budget. This year, Taiwan’s defense budget will also exceed 17 billion dollars. has been done.

There is also going to be a conversation between American President Joe Biden and Jinping about Taiwan on Thursday. The two leaders will talk to each other for the first time after four months.

American Parliament Speaker Pelosi, who is going to travel to Taiwan, says that it is very important to declare support for Taiwan. However, there is a possibility that American security agencies will also postpone Pelosi’s trip after China’s threat.