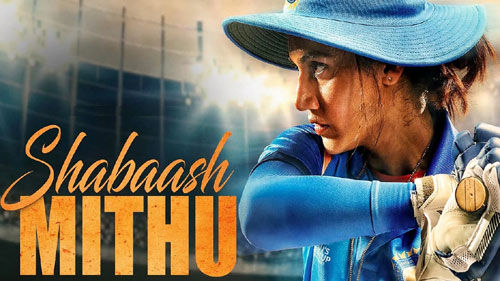 – The illusion of Bollywood creators about sports biopic may be shattered

– Recently, sports films including 83, Jersey, Jhund have also not been well received by the audience

Bollywood filmmakers who flock to copy a formula when it becomes a hit are regretting it. The makers, who have started to shed the dust of sports biopics, have suffered another blow with the failure of Shabaash Mithu.

The first day collection of Taapsee Pannu starrer Shabaas Mithu was barely Rs 40 lakhs. The next day, on Saturday, the collection was barely 60 lakh rupees due to the weekend. Trade sources are saying that the film, which barely earns a crore in two days, is on the verge of flop.

Bollywood creators including trade pundits have also been shocked when the film based on the life story of Mithali Raj, who gave a new identity to Indian women’s cricket and starring a noble actress like Taapsee, failed at the box office.

Not long ago, Shahid Kapoor’s jersey based on cricket was a bad hit at the box office. Before that, the film 83, starring actors like Ranveer Singh and Deepika and based on India’s World Cup victory, failed miserably at the box office. The film was highly praised by critics and its failure is still considered a big mystery. On the other hand, the sports dramas of talented directors like Nagaraj Manjule and sports dramas of millennium megastars like Amitabh Bachchan did not get the expected reception from the audience.

According to trade sources, it cannot be assumed that just making a biopic of a legendary personality will work or that any film on him will work because of the cricket craze. Audiences come to the theater for an overall experience and most of the films made in the name of sports dramas in recent times have failed to satisfy the audience.