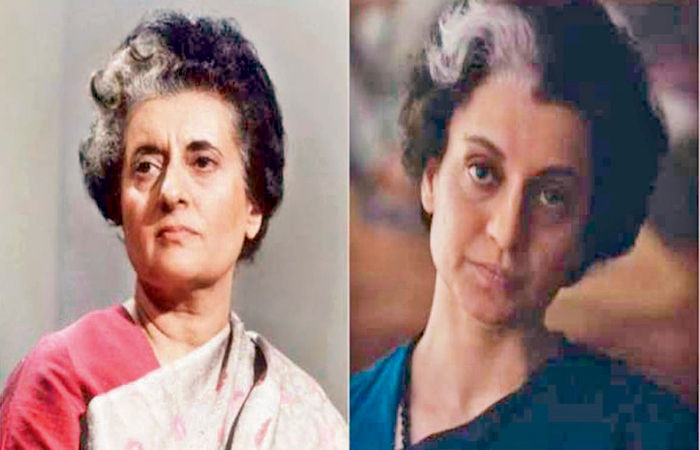 – Kangana is directing a film called Emergency herself

Mumbai: Kangana Ranaut’s Indira look in the upcoming film Emergency has become a topic of discussion as soon as it is released. Kangana himself is the producer and director of the film about the crisis imposed in 1975 and the events surrounding it. Hollywood make-up artist David Malinowski has taken the help of Indira Gandhi’s look. In 2017, David has already received an Oscar award for the make-up and hair style in the movie Darkest Hour.

Earlier, Suchitra Sen in Andhi, Sarita Chaudhary in Midnight’s Children, Supriya Vinod in Indu Sarkar, Avantika Sarkar in Thackeray, Kishori Shahane in PM Narendra Modi and Lara Dutta in Bell Bottom and Navni Parihar in Bhuj The Pride of India have played the role of Indira.

Interestingly, Jayalalitha’s role in Kang’s Thalai also had a scene of Indira Gandhi. That role was played by Flora Jacob.

Lara Dutta’s Indira look in Bell Bottom was much talked about as Lara’s glamorous face was completely transformed.