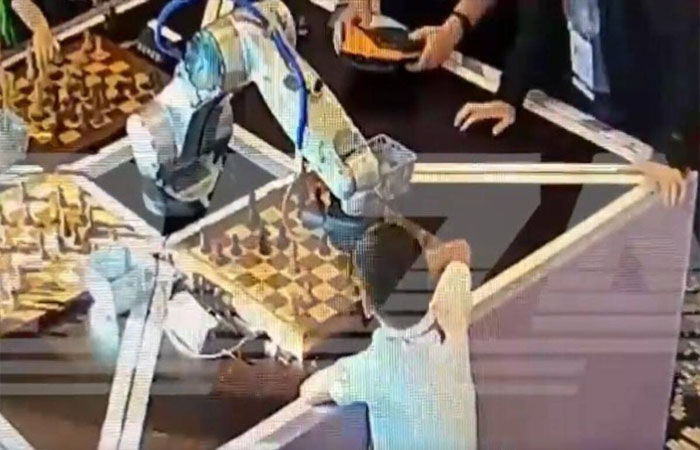 A chess match was going on last week in Moscow, the capital of Russia. Meanwhile, a robot broke the finger of a 7-year-old child. The president of the Moscow Chess Federation, Sergei Lazarev, said that it is very serious that the robot broke the child’s finger.

A video shared on social media shows a chess match between a robot and a child. In the video, the robot first picks up a child’s chess piece and throws it out. The child then makes his move but the robot grabs his finger causing a commotion among those present. 4 people come forward to help the child. Finally the child is freed from the clutches of the robot. Lazarev said that the machine has already played several matches without any accident.

The accident took place on July 19. Apparently the operators have ignored it, Lazarev said. The child makes his move and then we have to give the robot time to react. But the child showed haste and the robot caught him. The kid was able to play the day before and completed his game in the final days of the tournament, Tas said.

The tragedy in Moscow has created a public fear of robots. A user commented below the video, Never try to win with a computer.