– Despite bad reviews, A Villain Returns grosses more than expected 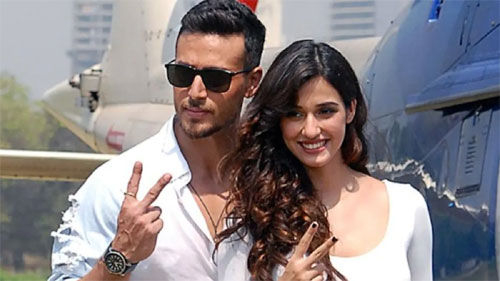 – There were reports of a break-up after Disha insisted on marriage: More recently, Kiara and Siddharth’s patch-up

Amid rumors of a breakup between actor Tiger Shroff and Disha Patani, speculations have started about whether the two have patched up or the breakup rumors are false as Tiger praised Disha’s performance in the recently released film.

Tiger Shroff and Disha Patani have been dating for six years. Both of them have never officially admitted their relationship but their joint foreign trips, joint attendance at many events and outings, and besides Tiger’s movement in Disha’s house and presence in all family functions like a member of the house were evidences of a serious affair between the two. Hence, their fans were shocked when news broke up between the two recently.

Disha and Tiger’s close friends said that after six years of relationship, Disha insisted on getting married and Tiger was not ready for it yet. Hence there is a break up between the two on that issue.

But, recently a film of Disha’s Villain Returns has been released. Tiger has praised Disha’s performance in it. Tiger posted a post on social media praising the performance of all the lead actors of the film. He also tagged Disha in this post. Disha also reshared this post on her social media profile.

The discussion has started again that this post is a sign of a patch up between the two or it is enough evidence that the break up rumors were false.

Not long ago, there were rumors of a break-up between Kiara Advani and Siddharth Malhotra, a pair of Bollywood. At that time, Karan Johar mediated and patched up between the two. There is a possibility that there may have been an intermediary between Siddharth and Disha as well.

Meanwhile, Disha’s new film Ek Villain Returns has earned 14 crores in two days on Tikibari even though the reviews are very bad. Trade pundits are saying that this figure is better than expected.