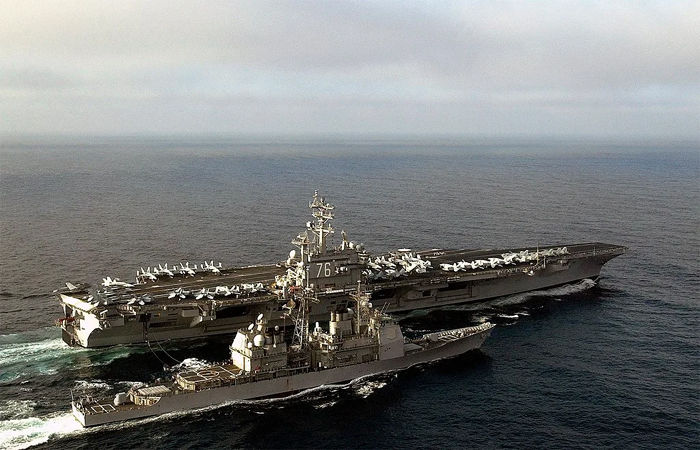 – About US House Speaker Pelosi’s possible visit to Taiwan: Diplomatic conflict between China and US

Hong Kong: A US aircraft carrier and its strike group have returned to the South China Sea. Tensions will rise if he goes to the disputed area after a port visit to Singapore. On the other hand, a fierce diplomatic conflict has arisen between China and the United States over the possible visit of US House of Representatives Speaker Nancy Pelosi to Taiwan.

US Navy officials said that the US Navy’s ‘Seventh Fleet USS. Ronald Reagan’s leadership is moving toward that important trade route after his visit to Singapore, but officials declined to comment on a possible visit to Taiwan by US House of Representatives Speaker Nancy Pelosi.

It is well known that there is a diplomatic spat between the US and China over this possible visit by Pelosi.

US Navy Commander Hale Sims said in a statement that the USS. Ronald Reagan and his strike group are in action in the South-China Sea after a successful visit to Singapore. Clarifying to reporters, Sims told reporters that the Gun is operating as per its mandate in support of a free and open Indo-Pacific region.

Notably, this news comes at a time when there are also reports that Pelosi is going to visit Taiwan next month, although Pelosi has not yet clarified. Despite this, a diplomatic spat has started between America and China.

US Defense Secretary Lloyd Austin said he had spoken with Pelosi and briefed her on the security issue. However, there was no clarification from his office.

Notably, China has warned about Pelosi’s visit to Taiwan.

It may be recalled that US officials on Tuesday also criticized China for its provocative actions, accusing it of an ‘aggressive and irresponsible’ attitude.