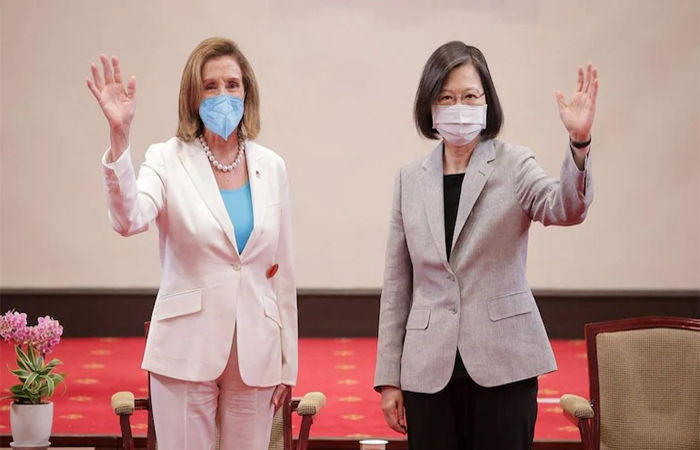 – As a last resort, America will also give war

– If China invades Taiwan, the US and its allies will retaliate with sanctions

Washington: Despite all China’s warnings, US House Speaker Nancy Pelosi has started her visit to Taiwan. At that time, Chinese warplanes are entering Taiwan’s airspace and circling Taiwan. Not only that but angry China has summoned the US ambassador, expressing its displeasure over such actions by the US. It is clear that US-China relations have reached rock bottom.

Along with this, the question arises that, like Ukraine, America will leave Taiwan alone? When Russia invaded Ukraine, America made several promises. But when the war started, he did not take any strong action except to impose economic sanctions on Russia.

Pelosi, who arrived in Taiwan, said, “We are with you, we will not abandon our commitment to you.”

With this, it has become clear that the tension between America and China has increased and Taiwan can become a war ground. However, experts believe that China would not dare to invade Taiwan.

It is well known that China has become economically stronger, its GDP has been 76% of America’s GDP. On the other hand, Russia’s GDP is equal to 10% of America’s GDP. The situation is that when America imposed economic sanctions on Russia, it did not have much effect. The question is whether China can sign it. China, which has become the world’s second-ranked economy, may not take any such step on Taiwan that would pose a threat to its economy.

China has developed in recent decades through agriculture, manufacturing and high-tech industry. It has a large share of exports to America and Europe. If there is a war, these exports will suffer, so China may not allow a war situation to arise.

Second, China is far behind in challenging America over Taiwan. The US Navy and Air Force are very powerful. Taiwan Strait is only 100 miles wide. It has already deployed its sea-based missiles towards Taiwan. However, it does not seem likely to use it. So there is no reason to fear that America will stand by Taiwan and retaliate against China.

Be that as it may, a full-scale war is likely to break out if China attacks to connect Taiwan to the mainland. America must go to war. Otherwise allies will not trust him. If the war becomes widespread, a world war will also break out.