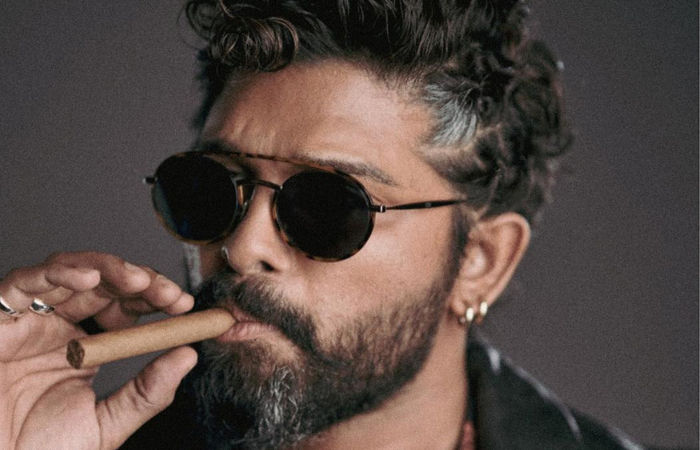 – Apart from Allu Arjun’s acting, people are also crazy about his swag and dance moves

Allu Arjun has earned the title of ‘stylish star’ long ago and is considered a trend setter in rational cinema. Apart from acting, people are also crazy about his swag and dance moves. He has become the dashing superstar of the country after his blockbuster film ‘Pushpa The Rise’ and now people are watching all his activities. Allu Arjun’s fans are eagerly waiting for his upcoming film ‘Pushpa: The Rule’. Meanwhile, there is a new update about the star of Pushpa 2 and Pushparaj has given their information.

Who is this star smoking a cigar in a new photo?

Recently, Allu Arjun has shared a photo on his social media account. In it, he is seen smoking a cigar. In this photo, the actor is seen wearing a leather jacket and a colorful shirt with glasses on. His latest look proves that he is indeed a stylish star. In this photo, he is seen in a completely different look and millions of fans are commenting on it. Fans are going crazy over this new post of his. The photo was shared 12 hours ago and has received more than 2 million likes so far. Everyone is convinced of his estimate.

Sharing the photo, Allu Arjun wrote, ‘Caution: Cigar smoking is very harmful to health.’ Commenting on his post, one user wrote, ‘Oh… the way you take care of health…’ Another user wrote, ‘It’s bad for my health… Cigars.’ Can burn this way too, no need to use a lighter. All the social media users are sharing this feature with the poster of their most awaited movie ‘Pushpa: The Rule’. A user wrote that, fire is… the new look of Pushpa 2.. is very nice. This is how all the fans are looking at Allu’s photo and writing….Pushpa Part-2… Some fans are comparing the actor with Vikram star.

The third part of the flower will also be formed

Apart from Allu Arjun, Rashmika Mandana will play the role of ‘Srivalli’ in the film ‘Pushpa: The Rule’. Apart from this, Kannada actor Fahad Faasil will be playing SP Bhawar Singh Shekhawat. Recently Fahad Faasil said that the 3rd part of the film may also come. He said that recently director Sukumar spoke to him and asked him to be ready for Pushpa-3.