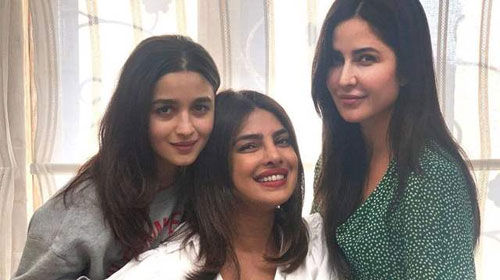 – Alia will start shooting the film after delivery: Katrina and Priyanka’s convenient dates are also awaited

Actress Alia Bhatt has confirmed that she will start shooting for Jee Le Jara next year. There were earlier speculations that the film has been shelved. However, as per Alia’s assurance, the film has not been dropped but has been postponed for a year.

Jee Le Jara also stars Priyanka Chopra and Katrina Kaif alongside Alia. The shooting of this film was supposed to start after August this year and Priyanka was supposed to come to India specially for it. However, the shooting was postponed as the dates of the three heroines did not match. Later, there were news that not only the dates but also due to Alia’s pregnancy, it has been decided to postpone the film.

On the other hand, speculations of Katrina Kaif’s pregnancy have been going on for a long time in Bollywood. However, if that is true, the shooting of this film may be delayed further.

The film tells the story of three sisters who meet after years and embark on a road trip.