Families of 9/11 victims finally get justice: US President

If you attack us, no matter how long it takes, we will find and kill you wherever you are hiding: Biden’s warning to terrorists 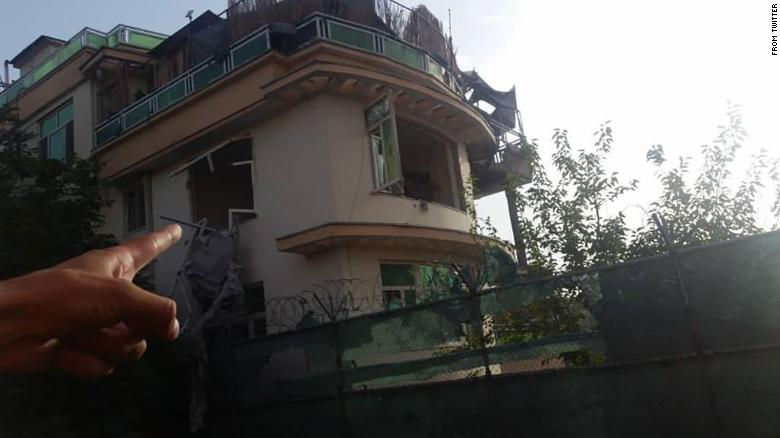 The head of the world’s most notorious terrorist organization Al-Qaeda, Ayman Al-Zawahiri, was killed in a drone attack by the American intelligence agency CIA in Afghanistan. American officials said on Monday that this is the biggest blow to al-Qaeda since the killing of Osama bin Laden in 2011. Meanwhile, American President Joe Biden has warned the terrorists that if they attack us, we will hunt them down and kill them. We have brought justice to the victims of the 9/11 attacks.

Zawahiri, an Egyptian doctor and surgeon, helped hijack four planes in the 9/11 attacks in the United States in 2001. Two of the planes crashed into the World Trade Center while the third crashed into the Pentagon. The fourth plane to attack the White House crashed in a field in Schenckville. More than 3,000 people were killed in this 9/11 attack in America. 71-year-old Egyptian doctor Zawahiri had a reward of 25 million US dollars. He was second-in-command to bin Laden in the 9/11 attacks on America.

US President Joe Biden confirmed the killing of Zawahiri while briefing the operation at the White House on Monday. He said that al-Qaeda chief Ayman al-Zawahiri was killed in a successful highly-precision drone strike in Kabul, Afghanistan, on Saturday on my instructions. Finally, the families of the victims of 9/11 have now received justice. Zawahiri had been plotting several attacks on Americans for years.

America will continue to protect its citizens and continue to demonstrate resolve and capability against those who seek to harm us, Biden continued. Today we have made it clear that whatever time it takes. It doesn’t matter where you are hiding we will find you and punish you.

One of the American officials, on condition of anonymity, said that a CIA drone attack was carried out in Kabul, the capital of Afghanistan, on Sunday. Zawahiri was standing on the balcony of the safe house when the CIA launched two missile attacks. Other members of the family were also present in the house, but only Zawahiri was killed in the attack and others were unhurt.

An administration official said the United States has continued its counterterrorism campaign against al-Qaeda in Afghanistan. The operation was completely successful and no innocent civilians were harmed.

According to sources, there was a huge explosion in Kabul early Sunday morning. A house in Sherpur was hit by a rocket, said Abdul Nafi Thakor, a spokesman for Afghanistan’s interior ministry. No casualties were reported. This house was empty. A Taliban source said on condition of anonymity that a drone was reported to have flown from Kabul on Sunday morning.

Ayman al-Zawahiri’s death is a major blow for al-Qaeda since its founder Osama-bin Laden was killed in 2011. After the killing of bin Laden, Ayman al-Zawahiri took over the leadership of al-Qaeda in 2011. According to a Middle-East organization, Saif al-Adel is now likely to become the head of al-Qaeda after al-Zawahiri. This former Egyptian military officer is one of the founding members of al-Qaeda. According to American intelligence agencies, in the 1980s, Saif al-Adel joined the terrorist group Maktab al-Khidmat. He was once bin Laden’s security chief and has been on the FBI’s most wanted list since 2001. There is a reward of 10 million dollars on him.