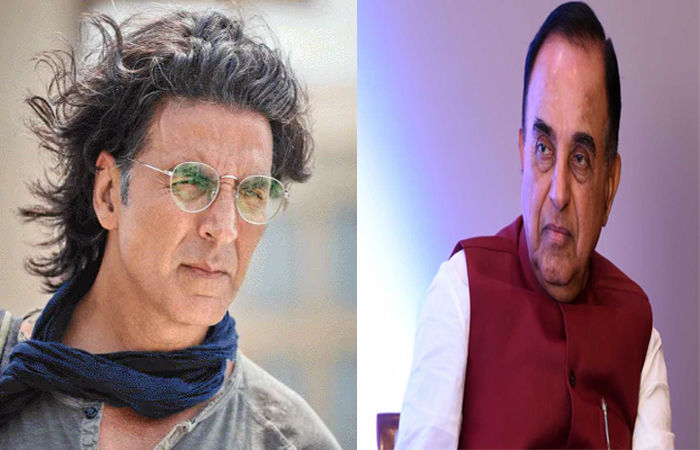 Bollywood actor Akshay Kumar’s film ‘Ram Sethu’ has been mired in controversies even before its release. The film will now face legal stakes. The news of a case being registered against the film’s actor Akshay Kumar is coming to light.

BJP leader and MP Subramanian Swamy will file a case regarding the demand for compensation. They claim that the Ram Setu issue has been misrepresented in the film. Subramaniam Swamy himself has given the information to file a case.

A case will be registered against Akshay Kumar

I am filing a case against actor Akshay Kumar and Karma Media for damages due to wrong portrayal of Ram Setu issue in their film. Subramaniam Swamy has made another tweet. He wrote, “If actor Akshay Kumar is a foreign national then we should arrest him and ask for his deportation from his adopted country.”