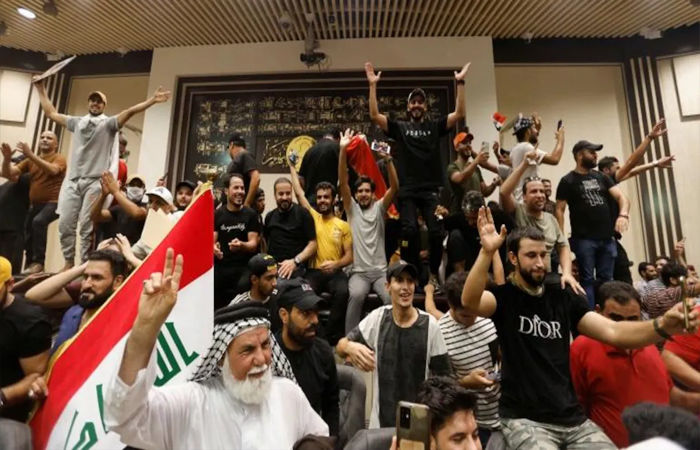 – Supporters of Maulvi al-Sadr are reportedly behind the ongoing protests in Iraq.

Political instability has been going on in some major countries of Asia and Europe for the past few months. Now one more name has been added to this list. The political situation of Iraq is also becoming like Sri Lanka.

It is worth mentioning that recently in India’s neighboring country, Sri Lanka, the election of the new President and Prime Minister was completed there after a huge upheaval. British Prime Minister Boris Jones also had to resign from his post while the Italian Prime Minister also had to leave his post.

On Wednesday, hundreds of demonstrators occupied the parliament building in the Iraqi capital, Baghdad. However, no loss of life or property was reported in the demonstrations taking place in Iraq. 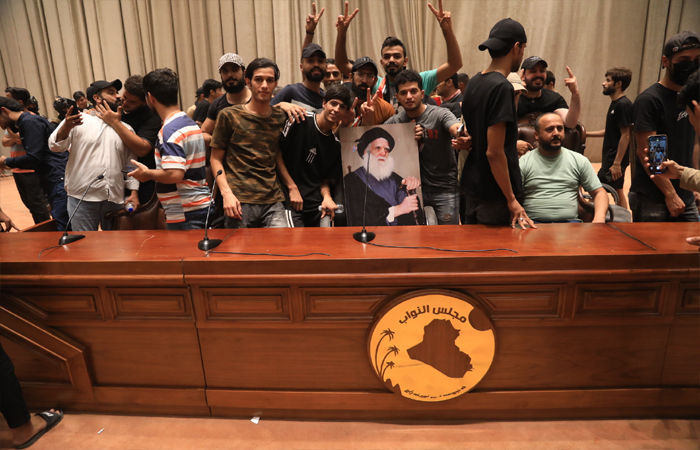 Disturbed by corruption and misrule in Iraq, the people occupied the parliament building. Apart from this, he also vandalized the Parliament House.

Maulvi al-Sadr’s group won 73 seats in Iraq’s general election in October last year. The party of Maulvi Muqtada al-Sadr emerged as the largest party in Iraq’s general elections. But Muqtada al-Sadr kept his distance from the talks to form the government due to not getting the majority needed to become the president of Iraq. According to recent reports, the supporters of Maulvi al-Sadr are behind the demonstrations that are going on in Iraq.