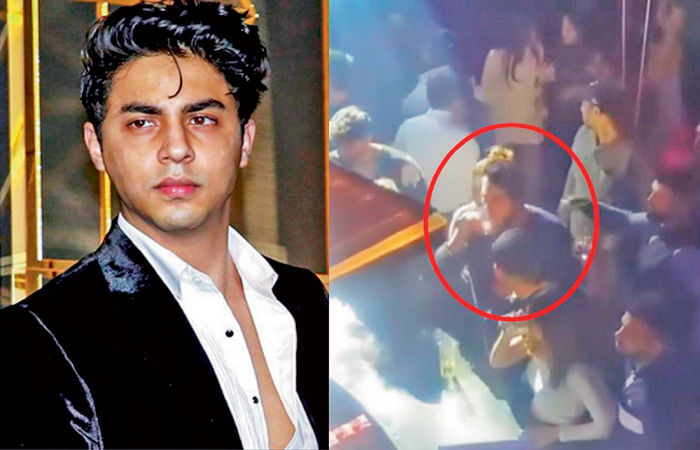 Mumbai: After the NCB got a clean chit in the Cordelia drug case, Aryan is back to living his old life of fun. A video of him visiting a night club in Mumbai has gone viral.

In a video that has gone viral on social media, Aryan Khan is seen dancing with his friends at an expensive club. He was wearing a mask but his face was exposed as he repeatedly adjusted the mask. The video quality is not very good but it has been confirmed by several fan pages that this is Aryan’s video and he is partying with friends.

Aryan’s life is slowly getting back on track. After getting a clean chit, he also went to the sets of his sister Suhana’s film Archie. He was also present during the IPL auction. Saif Ali Khan’s son Ibrahim Ali Khan is also claimed to be with him. Aryan recently applied to the court to get back his passport. After the NCB gave the NOC, the court issued an order in favor of Aryan. After getting the passport, Aryan will start his life as usual including traveling abroad. Aryan’s mother Gauri Khan is going to appear on a talk show. Meanwhile, he is speculated to share details of how the family coped with the drug case. Aryan is currently believed to be scripting a web series. Apart from acting, he is also believed to be interested in writing and directing.