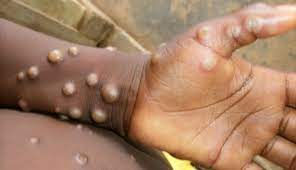 The transmission of monkey pox disease, which is limited to a few countries in Africa, spreads throughout the world. 18000 cases have been reported in 78 countries of the world including India. 1000 cases of monkey pox are increasing daily. The World Health Organization has declared it an epidemic as part of a precautionary measure. Spain, Germany and the UK are seeing the highest number of cases at around 7000. 4 people have died from monkeypox in Spain, the most of any country outside Africa.

5 cases of monkeypox have been reported in India. The first case was noticed in the state of Kerala. According to the National Center for Disease Control, all states have been asked to take precautionary measures by issuing guide lines. According to experts, monkeypox is a genetic disease caused by the monkeypox virus. This virus belongs to the smallpox family. Smallpox has been eradicated from the world years ago. This is also a type of pocus but given a different name as monkey pocus to spread the illusion.