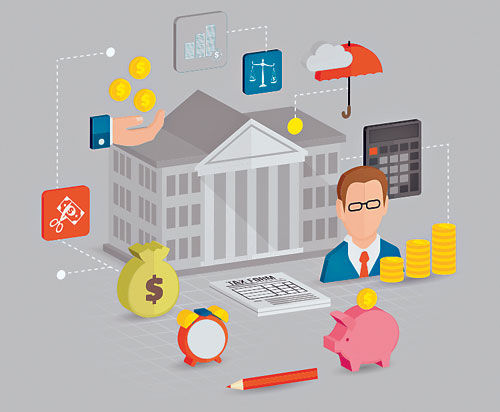 – The contribution of foreign exchange earnings or exports to the combined net sales of the companies is 21.6 percent

U.S. A sharp depreciation of the rupee against the dollar could prove costly for corporate India. In terms of foreign exchange, the foreign revenue expenditure of listed companies or their imports exceeds their exports or revenue in foreign currency. Last financial year, MGE-500 companies, excluding banks and banks, received Rs. 12.31 lakh crore combined foreign exchange expenditure of Rs. 10 lakh crore was recorded against foreign exchange earnings. Keeping this point in mind, the fall in the rupee will have an impact on corporate margins and profits in the coming quarters.

The contribution of foreign exchange earnings or exports to the combined net sales of the companies is 21.6 percent. Comparatively, import or foreign exchange costs account for 31.8 percent of their total operating costs, which also include raw materials and energy. The Indian currency has depreciated about 7 percent against the dollar so far this year and is operating around Rs 80 per dollar.

On the other hand, IT Services and pharmaceutical companies accounted for nearly 50 percent of the total foreign exchange earnings of Indian industry in the last financial year. Overall, the companies in these sectors through exports earn Rs. 4.98 lakh crore, but earned 2.25 lakh crore on imports in their latest financial year. Exports account for 80 percent of the combined net sales of companies in these two sectors.

Because of this, foreign exchange income and expenditure figures are likely to change when all companies publish their annual reports for the financial year 2022. which includes data on foreign exchange transactions.

The building materials sector has faced a double whammy with weak demand and margin pressure on a quarterly basis in the June quarter of FY2023. Listed companies in key segments such as tiles, pipes and wood panels are expected to witness a 12-23 per cent decline in revenue while their operating profit is likely to show weakness in the range of 16-32 per cent.

However, the leading listed tile manufacturers reported a decline in sales of 13-16 per cent quarter-on-quarter but three-year annual growth of 4-5 per cent. Demand weakened due to softening construction activity during the quarter and reconstruction projects across India stalled due to high inflation.

Exports from Gujarat’s Morbi area were also affected due to logistical issues Market segment expects prices to moderate or remain stable as sales focus on the domestic market, where the retail sector is under pressure. He says small companies are closing their businesses due to high inventory and rising costs.