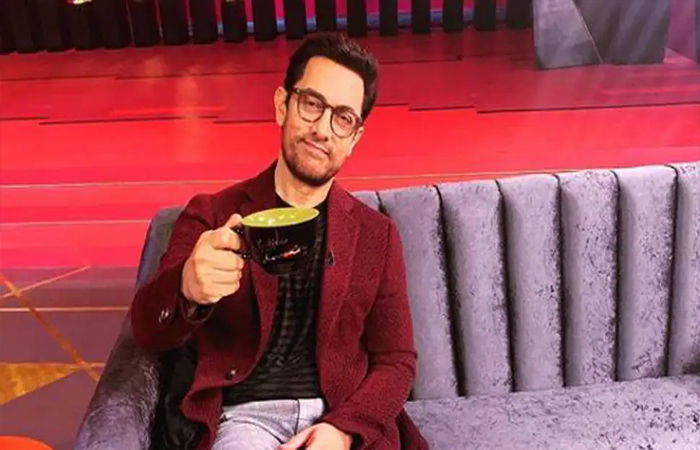 In the first episode of the show, Ranveer Singh and Alia Bhatt, the lead actors of Rocky Aur Rani Ki Prem Kahani, entertained the audience. Then the pair of ‘Sara Ali Khan’ and ‘Janhvi Kapoor’ was seen in the show. Samantha Ruth Prabhu and Akshay Kumar were last seen on the show. Vijay Devarakonda and Ananya Pandey will be seen in this week’s episode.

Earlier, Aamir Khan was seen with his wife Kiran Rao in Season-4 and with Dangal co-stars Fatima Sana Sheikh and Sanya Malhotra in Season-5. Like in 2018, he will be making a solo appearance this time as well.

According to the information received from the sources, Aamir Khan shot for the show on Tuesday evening. Karan Johar and Aamir Khan had an interesting discussion about the North-South divide. Karan Johar also questioned Aamir Khan about his choices and asked if he chooses projects that have a purpose with a social message. ‘Both of them have also presented an interesting idea on what is going wrong with Hindi cinema and the rise of South films. He also discussed the future of Bollywood and how OTT platforms have stirred up the industry with some interesting topics.’

Karan Johar also talked about the actor’s relationship with his ex-wife Kiran Rao and Reena Dutta. Karan discusses with him the cordial relationship with both Reena and Kiran and asks how they are still part of the family. Aamir also discussed his children Junaid, Ira and Azad.

Karan Johar then challenged Aamir Khan to play a game during the lighter segment of the show with a rapid fire round and asked some interesting questions. These questions made the actor angry.