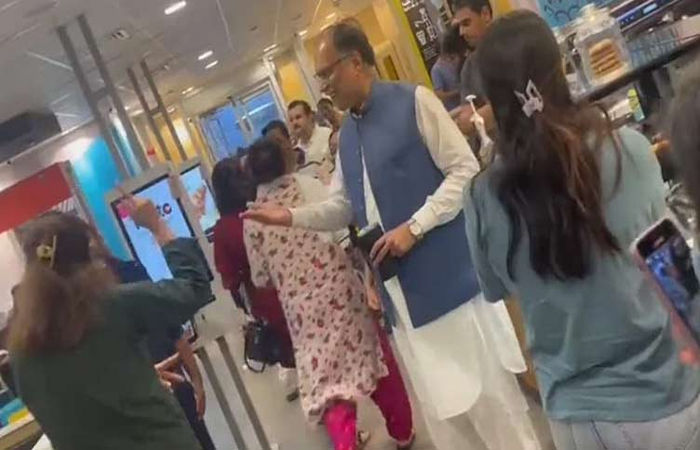 However, the people of Pakistan are fed up with rising inflation to the extent that they are blatantly insulting the ministers. Pakistan’s Planning Minister Ahsan Iqbal has experienced this.

He was on his way to dine with his family at a restaurant on the Islamabad-Lahore highway when he was greeted by shouting slogans.

A video of the incident is also going viral on social media. He is also seen arguing with a family over the issue. All the members of this family called the minister a thief.

Although it is not yet known how the incident took place and what was the reason behind it, the minister had to be openly humiliated and had a dark repercussion.