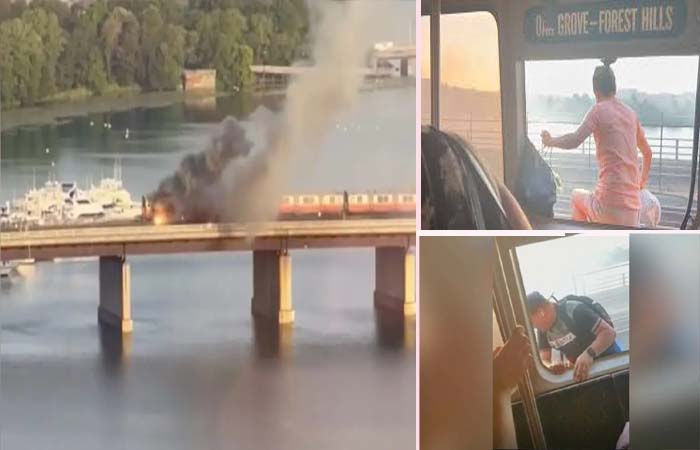 A fire broke out in a subway train passing over a bridge in America today. An emergency evacuation began after a train caught fire on a river bridge outside Boston.

About 200 people on board the train were evacuated safely due to the fire. Most of the people on the train started climbing out of the windows to save their lives. Then a woman jumped into the Mystic River flowing under the bridge.

What caused the fire?

According to the officials, preliminary investigation has revealed that some part of the sheet metal or side panel of the train may have come in contact with another train. Due to this, fire started in the lower part of the train compartment.

The Massachusetts Bay Transportation Authority (MBTA) reported a fire on a train crossing a bridge on the Orange Line between Wellington and Assembly Station. Many videos of train fire incidents are also going viral on social media.

Fortunately, no one was injured in this accident and even the woman who jumped into the water refused to seek medical help. After the accident, operations on the Orange Line were canceled.