– Many adversities will worsen due to increase in population 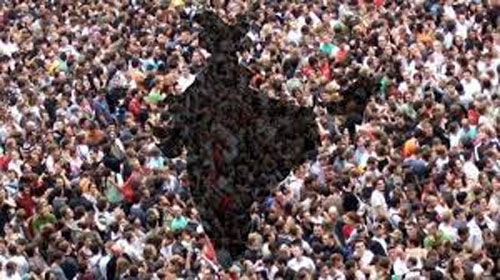 Past Growing Population: In 1951, the population of India was 36 crores. According to the United Nations World Population Prospectus 2022 report, on 1st July 2022, the population of India has reached 140.7 crores from 140 crores. During the 61 years from 1951 to 2022, India’s population increased from 36 crores to 140.8 crores, it is not a matter of pride for the country but a disgraceful incident. Shall we say that India is the guru of spirituality and that India has shown the world the true ideal of renunciation and dispassion? India is the capital of the country and if the growing population of India is happy and prosperous, if there is economic equality in the country, then we could tell the world that India has shown the right path to the world, but according to an estimate, 22 crore people are suffering from malnutrition in our huge population. The belief that the Western world is indulgent and India is renunciation is widespread in Apostolic India. At present, many leaders of the country mention the fact that India’s population is 130 crores in their exaggerated speeches of nationalism. Of course China’s population was 142.7 crore as compared to India’s 140.8 crore on July 1, 2022 but India will surpass China’s population in 2023. Many Indians would consider this respectable, but in a country where more than 220 million people (this number fluctuates) are poor and India’s per capita income is only $2100 and China’s per capita income is around $10,000. Hindostan Hamara’s claim seems doubtful.