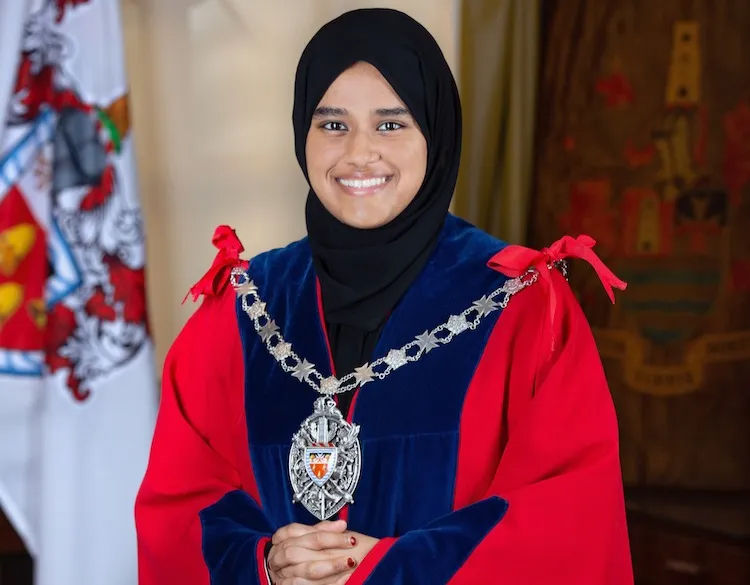 Humaira Garasia, a 25-year-old girl of Gujarati origin, has registered the record of the youngest speaker in London’s Hackney Borough Council. Born in a Gujarati family originally from Valsad, Humaira became active in student organizations and joined politics from the age of 15. At the age of 21, Humaira was elected as a member of the council.
25-year-old Humaira Garcia of Gujarati origin became the Speaker of London’s Hackney Borough Council. Humaira held the record of becoming the youngest Speaker of the London Borough Council. She is the youngest Speaker of the Council. Humaira Garcia’s family originally settled in Britain from Valsad. His father Rafiq Ahmed is from Nana Taiwad of Valsad and mother Nazma is from Bharchna. The couple settled in Britain 35 years ago. Born in Britain, Humaira graduated in Political Science from London University. His father Rafiq Ahmed works in a warehouse in London.
Humaira, who entered politics from the age of 15 through student organizations, was elected as a council member in 2018 at the age of 21. She was again elected as a member of the council in May-2022. Humaira Garcia, who took up the important post of Speaker, said that she would focus on issues like equality and colorism as Speaker. Humaira Garcia’s family comes to Valsad every two years.