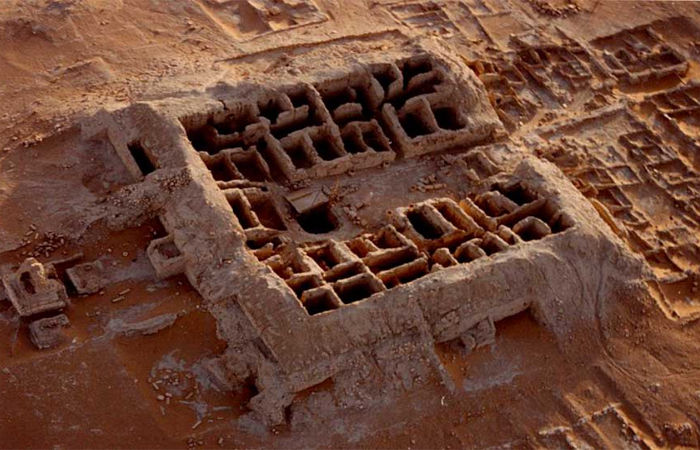 New Delhi: During the archaeological excavations in the desert of Saudi Arabia, a temple and an altar have also been found in Al-Fao area. Nine stone age fossils have also been found. This Al-Fao is also known from the inscriptions found there to be the capital of the ancient “Worm” kingdom.

The town of al-Fao was situated on the edge of an area of ​​the desert called al-Rab-Khali. It is 100 km from Wadi al-Dawasir. It is located in the far south.

Saudi Gazette-Com. According to Dutch, a multi-national team from the Saudi Arabian Heritage Commission went to Al-Fao to conduct a survey. They studied deeply there and many things came out.

The most important finds are a stone-temple and some parts of an altar. It is believed that the people of Al-Fao would be performing “rituals” here. A stone temple found in the area east of al-Fao is on a ridge of Mount Turbak, called Khashem Qariad.

A number of underground religious inscriptions have also been found at Al-Fa. So it is possible to know about the religious beliefs of the residents there. In this search, information about the geographical structure of Al-Fao has also been found. Along with its complex irrigation system, canals, water cisterns, hundreds of pits have also been found there. It is believed that through which water will be delivered to the fields. In this harsh desert of the world, water-storage must have been done in this way.

Art-work and inscriptions on the stones of Mount Tubak depict the life of a man named Madhekar bin Munim. Apart from this, information about hunting, travel and war is also given in that artwork.

The Heritage Commission of Saudi Arabia conducts this survey so that the heritage of the country can be known. People are also eager to know it. Want to protect it. Al-Fao is still being researched. So a lot of new information will also be available.