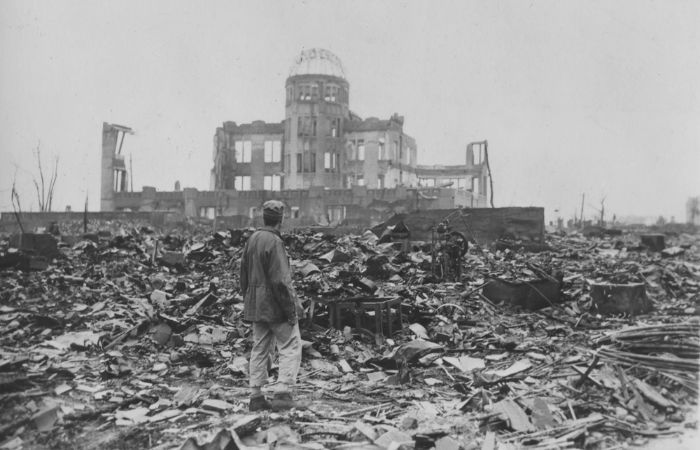 When talking about the darkest chapters in human history, the atomic bombs dropped by America on the Japanese cities of Hiroshima and Nagasaki during the Second World War must be mentioned.

August 6, 1945 – A dark day in the history of the world, which no country or citizen of this earth wants to see. This was the time when mankind first realized this destructive power.

During World War II, America attacked Japan with nuclear weapons to assert its awe and win the war. 77 years ago on this day, on August 6, 1945, the United States shamed mankind by attacking Hiroshima, an important city in Japan, with a nuclear bomb. The Japanese people are still suffering from the ill effects of this attack done by America 8 decades ago and until today mankind has not been able to sit there again.

That fateful day 77 years ago…

On August 6, 1945, the first atomic bomb was dropped on Hiroshima, Japan. Because of this, an unimaginable and terrible destruction was created in an area of ​​13 square kilometers in Hiroshima.

Even after six consecutive months of intense strategic fireballs raining down on 67 Japanese cities, the Japanese government was ignoring the final warning given by the Potsdam Declaration. President Harry S. On August 6, 1945, on Monday, August 6, 1945, the United States dropped an atomic bomb, named “Little Boy,” on the city of Hiroshima by Truman’s executive order. On the third day of this devastation, America again dropped the atomic bomb on Nagasaki on August 9, 1945 called “Fat Man”.

On Hiroshima when the year sky disaster 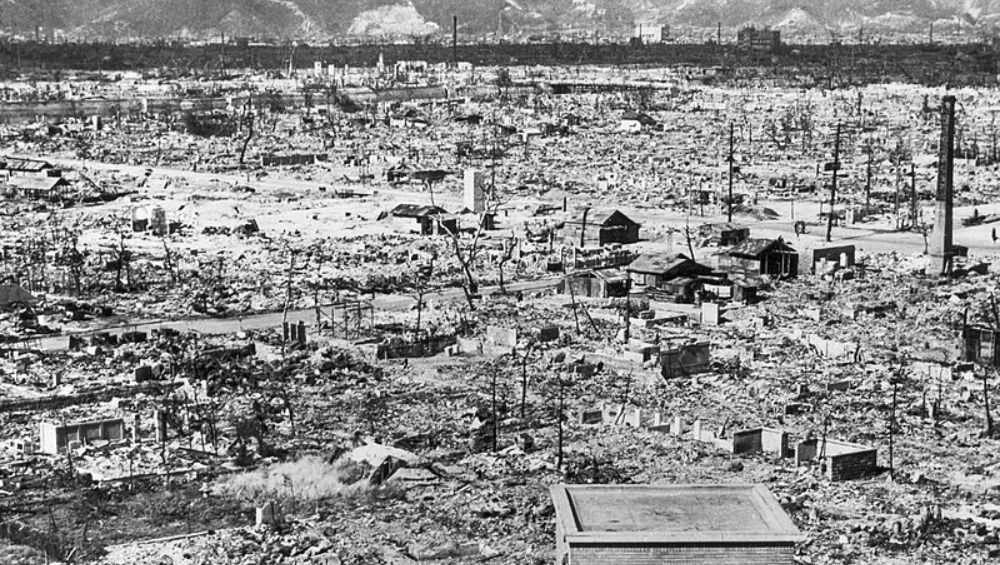 At 8:09 am US Air Force Colonel Paul Tibbetts announced over the intercom of his B-29 aircraft ‘Enola Gay’ ‘Put on your goggles. Inside this aircraft was the blue-white 3.5 meter long, 4 tonne atomic bomb ‘Little Boy’.

At exactly 8:13 a.m., a message from Colonel Paul Tibbetts came over the headphones of ‘Enola Gay’s bombardier Major Tomas Freby, saying, ‘It’s all yours now.’ At 8:15 am, the atomic bomb named ‘Little Boy’ was dropped on the city of Hiroshima. Little Boy took 43 seconds to descend from the Enola Gay. However due to the strong wind at the same time, its exact position changed and it landed on the ‘Shima Surgical Clinic’ about 250 meters away from its target ‘Aoi Bridge’. Due to this sudden terrible explosion, the temperature there suddenly reached close to 1 million centigrade.

20,000 people dead, everything on earth disappearing in a single moment

In an instant, everything on Earth disappeared except for the buildings there. The impact of the explosion was so severe that every building within 15 km from ground zero had its windows broken. About two-thirds of the buildings in the city of Hiroshima collapsed like a house of cards in a single second.

Who took the decision of nuclear bomb attack..?

68-year-old Henry Truman was the President of the United States from 1945 to 1953. US President Henry Truman and Leslie Groves agreed to use the atomic bomb while Britain was losing World War II. 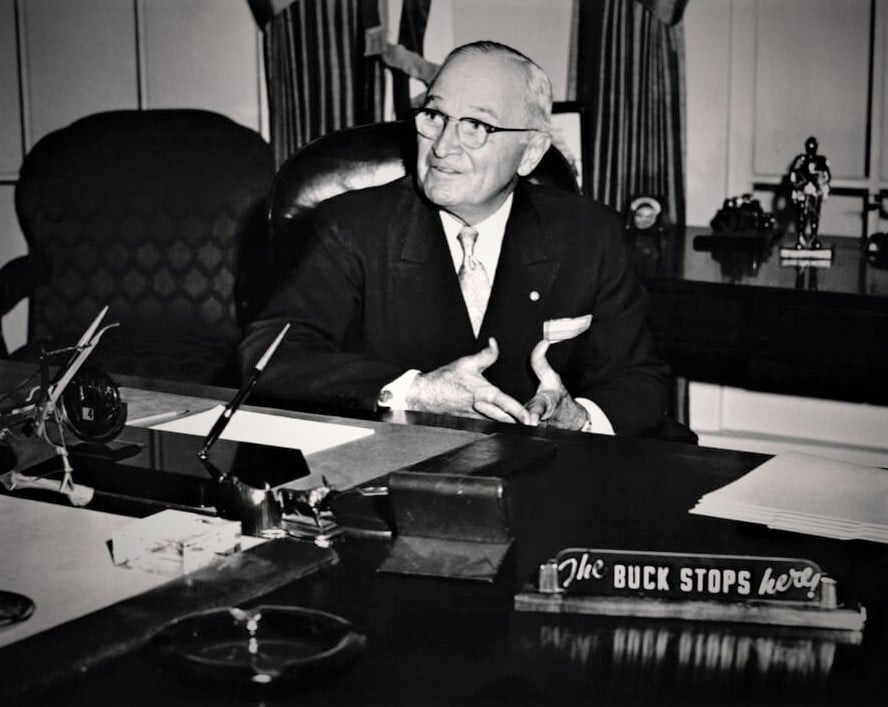 Japan did not attack anyone during World War II. Truman also warned Japan. Truman’s advisers were worried that 500,000 American soldiers would lose their lives if they invaded Japan. With that estimate in mind, Truman gave permission to drop atomic bombs on Hiroshima and Nagasaki in Japan. 4,00,000 people were killed in it and finally Japan laid down its arms.

The deadly atomic bomb attack on Japan was America’s most brutal and controversial act, with Truman defending it, saying, “It was necessary to shorten the long agony of war and save millions of American lives. We would have taken such action until Japan’s ability to fight was exhausted.” Will stay.”

Where did the screenplay of America-Japan opposition come from?

Today’s close friends, Japan and America’s bitterest experience, Hiroshima and Nagasaki, the roots of World War II were planted on December 7, 1941. On this day, Japan attacked the Navy base of Pearl Harbor located in the Hawaiian Islands of America and it continued to attract the attention of the United States, which was retaliated by the United States with a nuclear attack in 4 years.

Japan and America learned lessons from Pearl Harbor vs. Hiroshima. Barack Obama visited Hiroshima during his visit to Japan. He also apologized for dropping the atomic bomb. In response, Japanese Prime Minister Shijo Abe visited Pearl Harbor last month. Both the leaders want to send a message to the world through this journey that war should not be repeated. Many Americans still believe that America’s nuclear attack on Japan was wrong, but America’s desire to become a world leader has not improved to this day. If any country turns a red eye against America, it threatens to use its military power.

Japan is still under American occupation..! 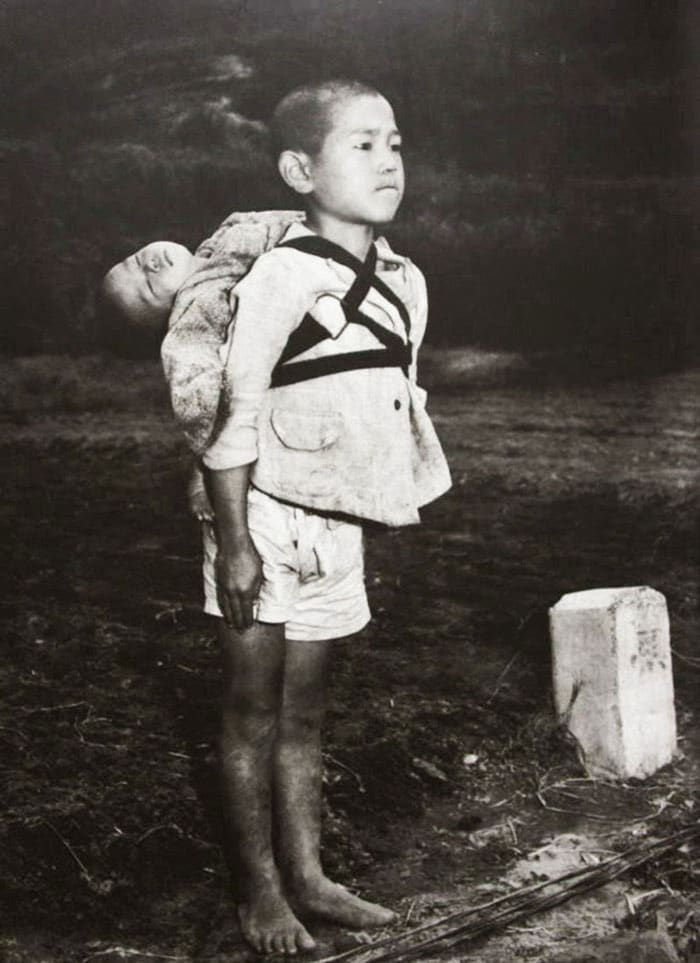 Interestingly, even today, US approval-disapproval is very important in defense decisions taken by Japan. After suffering the fatal consequences of atomic bombs in World War II, Japan surrendered to the US and a ‘Security Treaty’ was signed between the two countries. Under which the US pledged to adopt a pacifist constitution and provide security in exchange for maintaining a large military presence in Japan. America has more than 80 US military facilities in Japan. More US service members are permanently stationed in Japan than in any other foreign country. 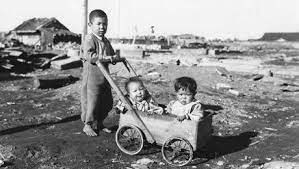 Article 9 of the Japanese Constitution prohibits Japan from establishing a military or from resolving international disputes by any form of war or violence. However, on the other hand, under Article-5, America is bound to protect Japan. Article 6 expressly gives the US the right to send troops to Japanese soil if attacked by any other country.