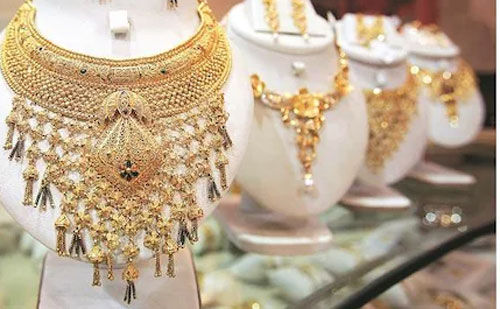 Last week there was chaos in commodities including bullion, metal, energy due to war between China and Taiwan. Barring the bullion sector, the mood in most commodities has been bearish. Along with the war, the effect of the increase in interest rates in European countries, including England, has had a greater impact on crude oil. Crude oil is currently at its lowest level since February. Globally, the crude oil market is also sliding down to 88 dollars per barrel. On the other hand, due to the impact of the war, gold prices have advanced to the highest level in the last one month. The recession in several western countries including the US is also supporting the gold boom, with global prices closing at $1,800 and MCX in the country at $51,800. Due to the continuous increase in tension between China and America due to Taiwan, the outlook is currently looking positive due to the increase in demand for gold so that the pressure of profitable selling is increasing.

The effect of the ever-increasing inflation in the country is being seen on the business of food items, raw materials and gold and silver. Shocking information is coming out from jewelery circles that gold jewelery sales have declined by over 50 per cent in the last four months. Due to this, there is a fear of negative impact on the employment of about 65 to 70 lakh people, indicating a severe recession in the business of new jewelery making. Last month, the government increased the import duty of gold from 7.5 percent to 12.5 percent, and the demand for gold has decreased by more than 60 percent. In all the small and big cities of the country, the work in gold jewelery manufacturing units has reduced by half. Due to this, panic has arisen in the jewelry market. Will the business of gold and silver be the same as last year in the upcoming festivals or will it decrease? That is a cause for concern.

The impact of inflation has become a headache issue for the government especially on food items. All the food items including grains, edible oils and spices are witnessing a price rise of 25 to 30 percent. Parallel to wheat, the rice market has also seen an increase of more than 30 percent in the last two months. Rice cultivation is on the brink of destruction due to flood-prone conditions following heavy rains in the northeastern states. At the same time, the reduction in rice cultivation in key areas of the country is affecting the supply. If the rice crop falls short, along with rising inflation, restrictions on rice exports are also likely to come like wheat. At present, in order to maintain the supply of wheat and sugar in the country, a ban has been imposed on the export of both. Rice is exported from India to more than 100 countries, mainly Bangladesh, China, Nepal and countries in the Middle East.

The largest export of Indian wheat and rice is to neighboring Bangladesh. Bangladesh has reduced import duties and tariffs to just 25 percent to tackle local hunger. Bangladesh’s demand for wheat-rice has been exceptional at present due to fears that rice exports, like wheat, will be braked. Apart from the nearly 70 lakh tonnes exported to India so far, more than 50 percent of the quantity of wheat has been supplied to Bangladesh.

Along with rice, wheat market is also booming. Presently wheat is 10 to 15 percent higher than the market support prices. This year, the wheat crop in the country is estimated to be 9.8 to 9.9 crore tonnes, and the wheat market is heating up due to the expectation of one crore more goods to be exported and the consumption of wheat at the domestic level of the country to be around 8.6 to 8.8 crore tonnes. Soybean oil imports have doubled to over 4.90 lakh tonnes in July last month to control the rise in edible oil prices. Imports of soy oil, mostly from Argentina and Brazil, have been exceptional. Apart from this, there is a boom in spices. Cumin market has broken down due to profitable selling pressure. Sale of old goods is high. Even in fennel, there is a possibility of increase in planting this year as the market is high due to commodity draw.