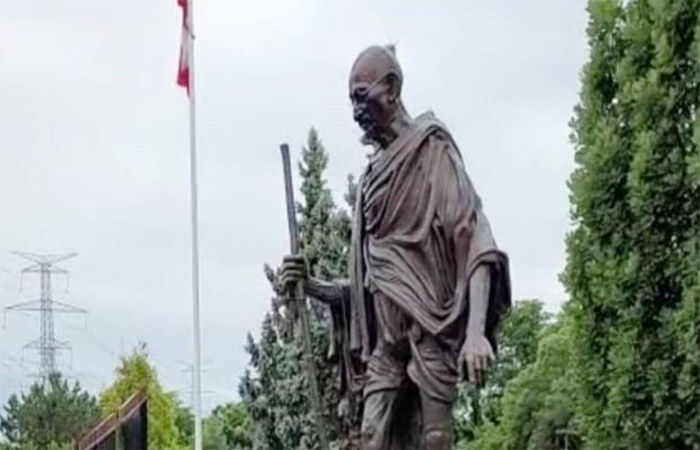 – The incident has hurt the sentiments of the Indian community living in Canada: Consulate

The Indian Consulate in Toronto, Canada has tweeted regarding the incident of vandalizing the statue of Indian President Mahatma Gandhi. In a tweet, the embassy wrote, “We are saddened by the demolition of Mahatma Gandhi’s statue at the Vishnu Temple at Richmond Hill. This criminal act of vandalism, this hate-filled incident has hurt the sentiments of the Indian community living in Canada.

In this matter, the Canadian local police said that they are investigating the incident as a hate crime. Temple president Budhendra Dubey said the statue was installed more than 30 years ago. However, this kind of incident has never happened in all these years. The statue is made of bronze and is 5 feet tall. It was built in Delhi and unveiled in May 1988.

The Indian Consulate in Toronto and the Indian High Commission in Ottawa condemned the incident and wrote on Twitter that they had contacted Canadian authorities about the crime. The High Commission said the crime had created ‘anxiety and a feeling of insecurity’ in the Indian community.